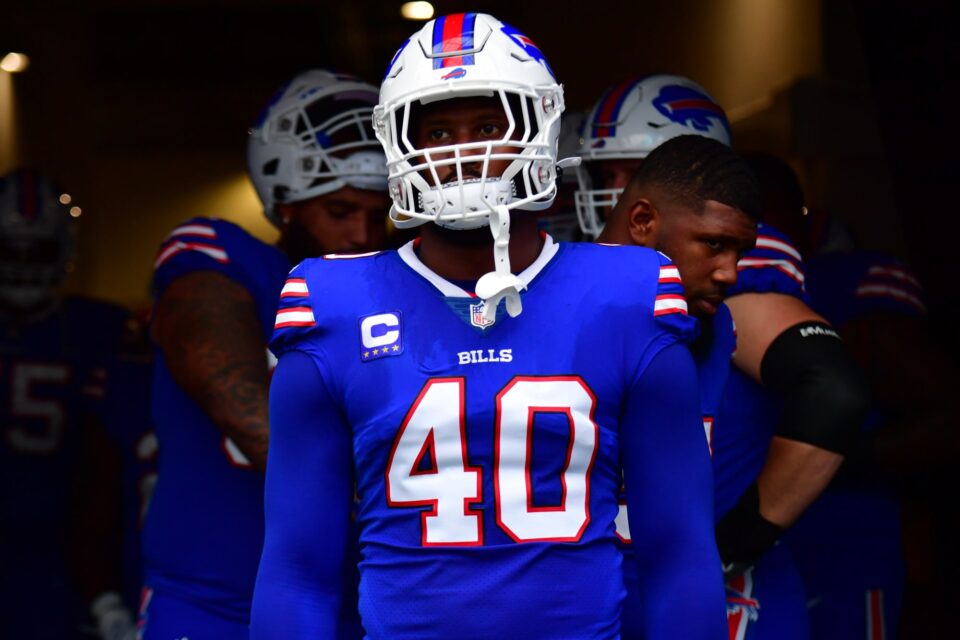 NFL Twitter could not believe Buffalo Bills linebacker Von Miller’s new haircut that he sported during the season opener against the Los Angeles Rams.

The NFL season has finally arrived, and it got started with a big game between the Buffalo Bills and the Super Bowl champion Los Angeles Rams. Linebacker Von Miller made his return to SoFi Stadium, but not as a member of the Rams> Rather, he is making his debut with the Bills after signing a six-year deal with the team this offseason.

As the game began, the NBC cameras cut to Miller standing on the sideline. That is when fans got a look at Miller’s new haircut, which is a triangle on the back of his head.

Of course, Twitter users sent out tweets to share their thoughts on Miller’s hair. That, and they shared memes.

Ahead of the game, Miller repped a shirt featuring the image of Bills legendary defensive end Bruce Smith, who recorded 171 sacks during his 15 years with the team. It did not take long for Miller to record his first sack in a Bills uniform.

In the first quarter, Miller powered through Rams left tackle Joseph Noteboom to sack his former teammate, Matt Stafford. This is now the first official sack of the 2022 NFL season.

Miller and the Bills look to make the statement of all statements by handing the Rams their first loss of the season straight out of the gate.