Vikings had to leave Lewis Cine in London after leg injury 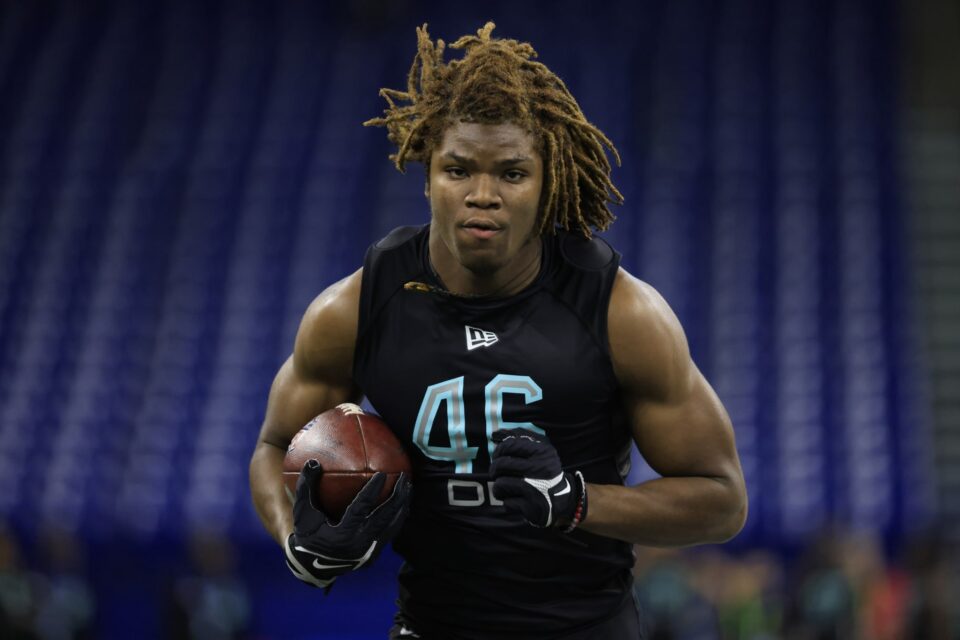 Minnesota Vikings rookie Lewis Cine fractured his leg in London against the New Orleans Saints. He will remain there to rehab from his injury for the time being.

Cine’s injury occurred near the end of the first quarter of the Vikings international contest, which they eventually won, 28-25. Vikings coach Kevin O’Connell was visibly emotional in the aftermath of said injury.

Minnesota applied an air cast to Cine on the field, and he was immediately taken to the hospital.

“Very tough moment for our team,” O’Connell said, per ESPN. “[Cine is] obviously a guy that, from Day 1, has been a personal favorite of mine and does everything we’ve asked. He was continuing to progress in his rookie year and really had a dynamic role for us on special teams.”

Vikings give update on Lewis Cine: Still in London

“After suffering an injury in yesterday’s game, Lewis Cine was immediately transported to a local hospital where he underwent a successful preparatory procedure in advance of his scheduled surgery tomorrow, Tuesday, October 4. Following surgery, Lewis will remain in London to continue his initial recovery process before returning to Minnesota at the appropriate time. A member of the Vikings medical staff will also stay in London until Lewis returns. Head Coach Kevin O’Connell and members of the Vikings organization have been in constant communication with Lewis, who is in great spirits.”

Cine was the Vikings’ first-round pick this past year, and suffered a knee injury in training camp. It’s been a tough first year in the NFL for the former Georgia Bulldog.