Updates on Elijah Mitchell, Cam Akers, Christian Watson, and others 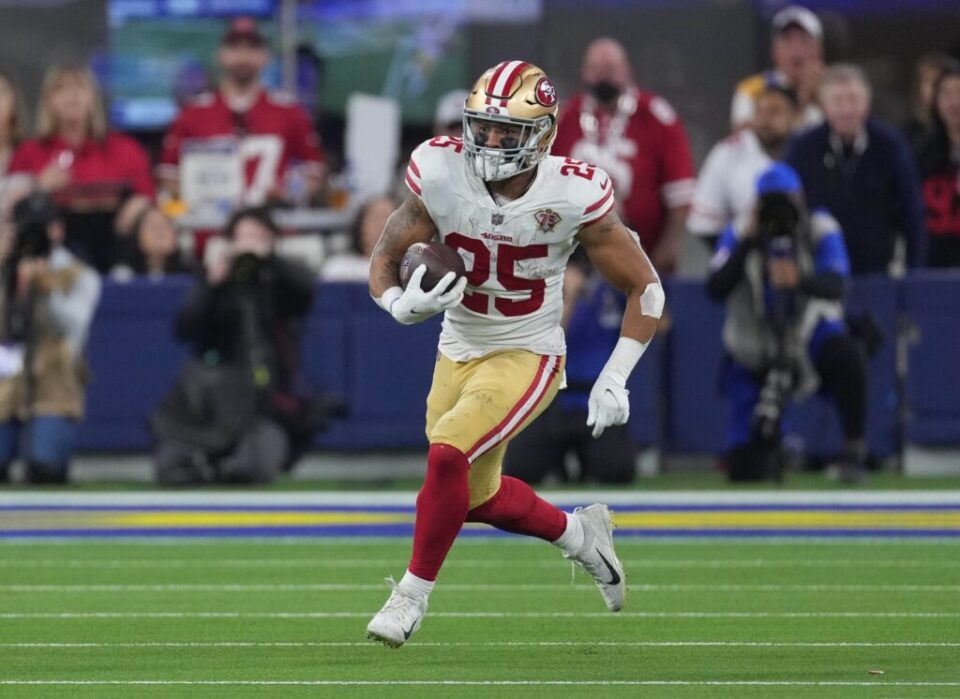 With preseason and training camp coming to a close, the heat of fantasy football draft season is upon us. While rankings, ADPs, and sleeper picks are vital to ensuring a successful draft, having a grasp on the injury landscape across the league can be the difference between a great pick and a wasted one. Here are some of the key injuries to track as we approach Week 1 of the 2022 season.

Reports surrounding Zach Wilson’s return have been largely positive since the sophomore passer suffered an MCL injury in the team’s preseason opener. Veteran backup Joe Flacco is likely to keep Wilson’s seat warm for a game or two, given that we’ve yet to receive a firm timetable for the latter’s return, but fans will get to see Wilson take the field before long.

Head coach Robert Saleh has said the team can wait until next week before formalizing who the team’s starting quarterback will be for Week 1. “Once he’s able to get on his feet and stand for hours at a time, he’ll be closer to us,” Saleh explained.

Matthew Stafford is dealing with an elbow injury that is likely to persist throughout the season. But whether or not the ailment causes him to miss any game time is still up for debate. For now, it appears the Super Bowl-winning QB is doing just fine, as he participated in joint practices against the Cincinnati Bengals last week. Stafford is receiving glowing reviews from his teammates, and he told reporters that he’s not concerned about his arm.

Unless things suddenly take a turn for the worse, Los Angeles’ premier fantasy football assets in Cooper Kupp and Allen Robinson can be drafted with confidence.

The San Francisco 49ers backfield always presents a quagmire (no, not that Quagmire) for fantasy football managers. It’s been well-documented that Kyle Shanahan hasn’t had the same leading back for several seasons in a row now, but will that pattern continue for Elijah Mitchell, who led the team with 963 rushing yards last season?

Mitchell needs to remain healthy to have any shot at bucking the trend. Last week, Shanahan told reporters that he expects his top ball carrier, who’s dealing with a hamstring injury, to be back for Week 1. Avid fantasy football fans know all too well that soft tissue ailments can reemerge at any time, and prudent managers should keep an eye on backup Jeff Wilson Jr. That said, worries about Mitchell’s health can rest for the time being.

Both of Jacksonville’s top two running backs — Travis Etienne and James Robinson — appear poised to return imminently. While any doubts about Etienne’s health abated months ago, Robinson’s recovery from a torn Achilles has caused some concern as of late.

Head coach Doug Pederson stressed that he expects the 2020 breakout star to be in the lineup come Week 1, and Robinson himself recently told reports that he’s “so close” to being ready for action. With that in mind, a timeshare at the position should be expected to start the season.

Cam Akers miraculously returned from a torn Achilles suffered in July of 2021 for Los Angeles’ Super Bowl run last season. However, his effectiveness on the ground was limited, as he averaged just 3.48 yards per carry across the team’s four postseason contests.

Now a full calendar year removed from the initial injury, Akers should have more spring in his step if he can avoid other knicks and bruises, something the third-year pro is struggling to do this preseason. The exact nature of Akers’ new injury hasn’t been fully disclosed, but he’s not able to record a full-speed workout “quite yet.” Darrell Henderson, who’s nursing his own ailment, has returned to full speed, according to head coach Sean McVay.

You may want to keep an eye on fifth-round rookie Kyren Williams. If the Rams’ top backs struggle to stay on the field, Williams could take on a key role within the offense.

While teammate Michael Gallup continues to recover from last season’s torn ACL, CeeDee Lamb’s recovery outlook is looking bright. Lamb, who’s in the midst of returning from a foot injury, rejoined practice last week. All indications point to Lamb being available for the team in Week 1, something the Cowboys are desperately counting on given Gallup’s uncertain timeline.

Expectations were high for Green Bay’s second-round pick of the 2022 NFL Draft. Although he was coming from a small school in North Dakota State and had relatively limited collegiate production compared to some of his rookie counterparts, Watson blew up his combine testing. The hype train was strong until an offseason knee surgery sidelined him for much of OTAs and training camp.

Since then, Watson has returned to practice activities and has made progress over the last week. But the supremely athletic rookie was held out of the team’s preseason finale, and it remains to be seen whether he’ll be ready for opening day. Regardless, it’s unlikely that Watson contributes early in the year given how much time he missed to build a rapport with veteran Aaron Rodgers, a quarterback who’s historically fickle when it comes to establishing chemistry with rookie wideouts.

The Tampa Bay Buccaneers were counting on Russell Gage to contribute heavily to the team’s aerial attack this year, especially given that star Chris Godwin is likely to be brought along cautiously in his return from a torn ACL suffered last season. Unfortunately, Gage suffered an injury during joint practices with the Miami Dolphins earlier in training camp, and his status to open the season is in doubt.

“He’s getting there,” head coach Todd Bowles said after the team’s preseason finale. “We have a week of practice before we even start game week. So, we’ll see how he is this week.” Should Gage be unable to go, expect future Hall of Fame inductee Julio Jones and third-year wideout Tyler Johnson to see increased reps alongside Mike Evans.

Logan Thomas has missed the team’s preseason action as he works his way back from a knee injury, but head coach Ron Rivera told reporters that the veteran tight end doesn’t need any preseason reps to be ready for Week 1. Thomas returned to 7-on-7 work recently, and it’s possible that he makes enough progress to take the field for Washington in the team’s regular-season opener against the Jacksonville Jaguars.

Backup John Bates, recovering from an injury in his own right, is expected to return to practice this week. If Thomas and Bates can’t take the field for Week 1, expect Jahan Dotson, Terry McLaurin, and Curtis Samuel to see increased looks in the passing game.

Donald Parham looked to be pushing to win the starting tight end job over Gerald Everett before suffering a hamstring injury earlier in training camp. Head coach Brandon Staley confirmed last week that Parham was still on the shelf but was “getting better.” While Everett is the favorite to retain the starting job, the 6’8″ Parham should see a role in the red zone if he can stay healthy.