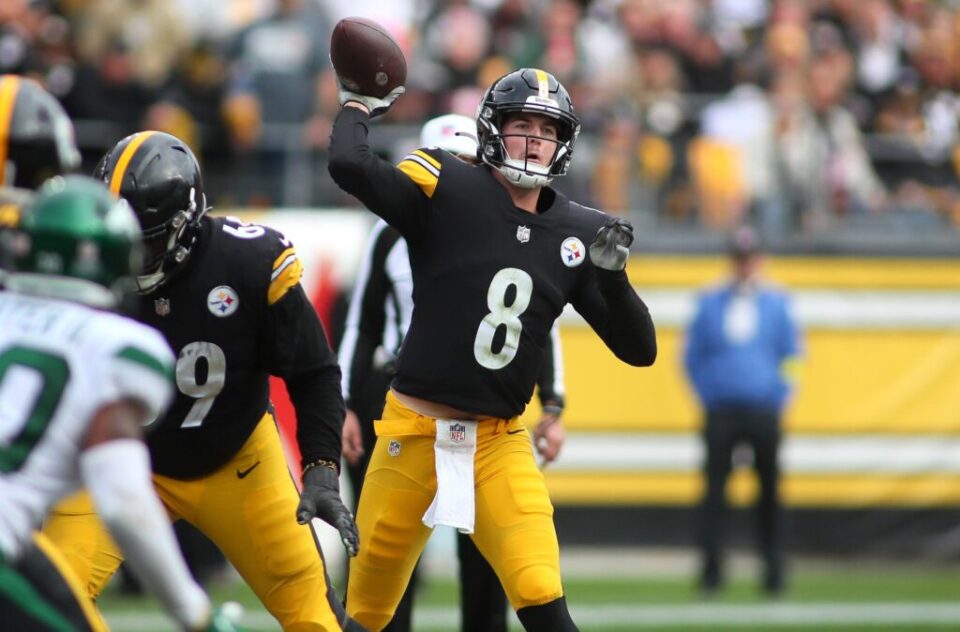 The NFL coverage maps have been released for Week 5. There are four nationally broadcasted games this week, with the NFL making its second trip to London on the young season. CBS will broadcast nationally in just one window on Sunday, while FOX will have a game in both early and late windows this week.

The folks at 506 Sports provide this week’s NFL TV and coverage map. The color codes and what games they correspond to are listed below. Listings include FOX, CBS, NFL Network, and prime-time games on Amazon Prime, NBC, and ESPN. These maps are subject to change throughout the week. 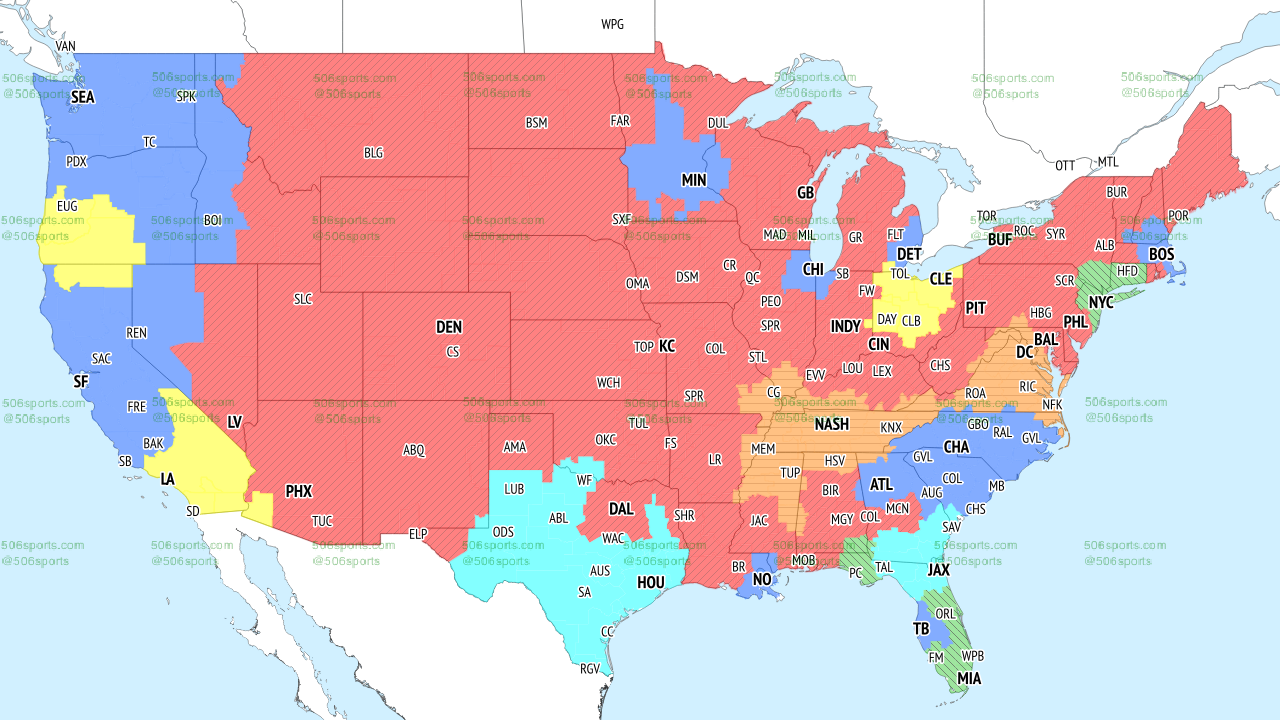 CBS sends their top crew to Buffalo as Kenny Pickett makes his first start at QB against a daunting Bills defense. Unless Pickett has some of that Josh Allen magic in him, this may be a lopsided matchup on Sunday.

Following Tua Tagovailoa’s scary injury last Thursday night, Teddy Bridgewater makes the start for the 3-1 Dolphins. Meanwhile, Zach Wilson makes his second start of the year. A Jets win would put these two rivals at a 3-2 logjam near the top in the AFC East standings.

If there was a Super Bowl for the teams that find the best ways to lose, this would be the matchup. Both teams find themselves with a 2-2 record through the first four weeks of the season, and kickoff is at 1 p.m. on CBS and Paramount+ this Sunday.

The Titans and Commanders have a combined -60 point differential heading into Week 5. Not having won since Week 1, the Commanders need their defense to step up before losing all ground in the NFC West and NFC Wild Card conversations.

The Texans record may be 0-3-1, but they’ve shown a lot of fight this season. Like them, the 2-2 Jaguars have struggled to hold onto leads when they have them. Currently, the DraftKings Sportsbook has the Jaguars at -7, one of the widest spreads available for week 5 as of Wednesday afternoon.

Unless Baker Mayfield and the Panthers offense dig deep in the bag of gimmicks Sunday afternoon, the 49ers defense should handle their own. They’ll be the lone game on CBS in the later slate, primarily available in local markets. 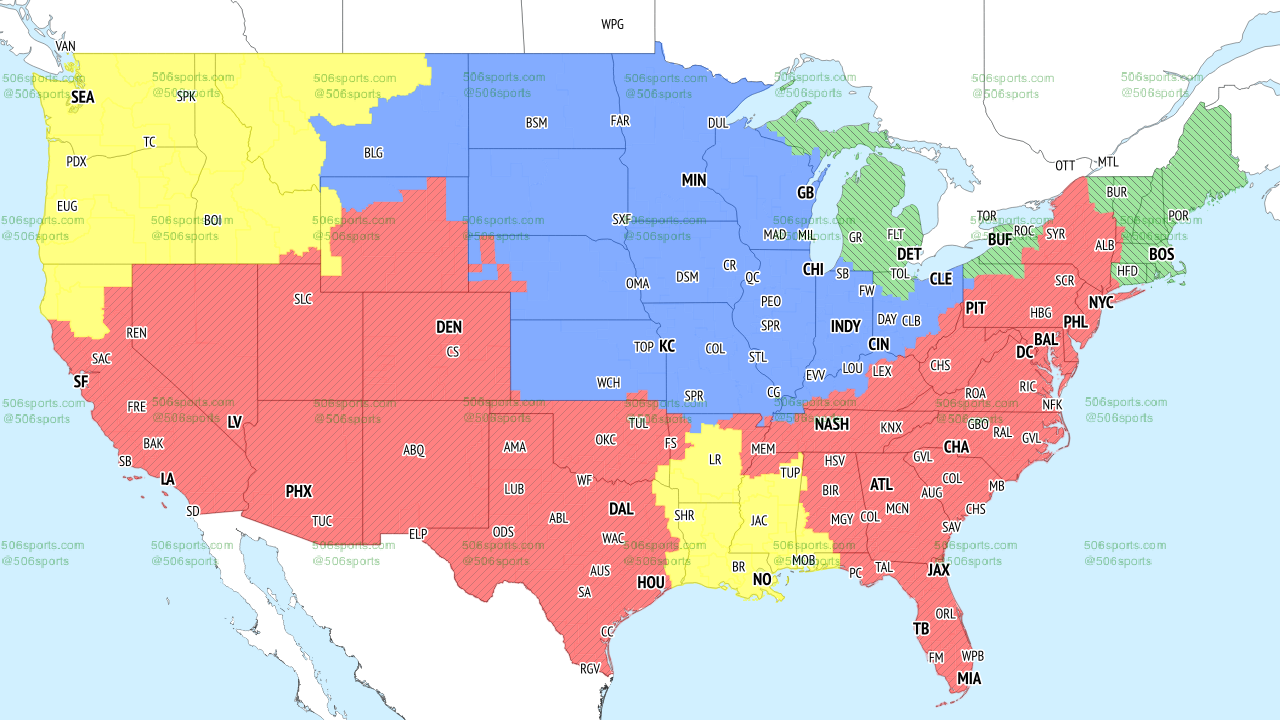 Believe it or not, the winner of this matchup will find themselves atop the NFL Standings in the NFC South after Week 5. Much of the south, outside of Louisiana, Arkansas, and Mississippi, will have the option to watch in the early Sunday window.

The Vikings needed a 4th-quarter comeback in Week 3 and a double doink in London in Week 4 to get their 3-1 record. Now the Bears come to town; is this a trap game for Minnesota?

The Lions’ number-one scoring offense in the NFL, led by Jared Goff, travels to Foxborough to face Bill Belichick and the 1-3 Patriots. Just let that sentence sink in for a second.

The FanDuel Sportsbook has the Saints as -6 favorites coming off a tough loss in London last Sunday morning. Meanwhile, Geno Smith has been one of the more consistent quarterbacks in the NFL this season, including in a shootout win against the Lions last week. 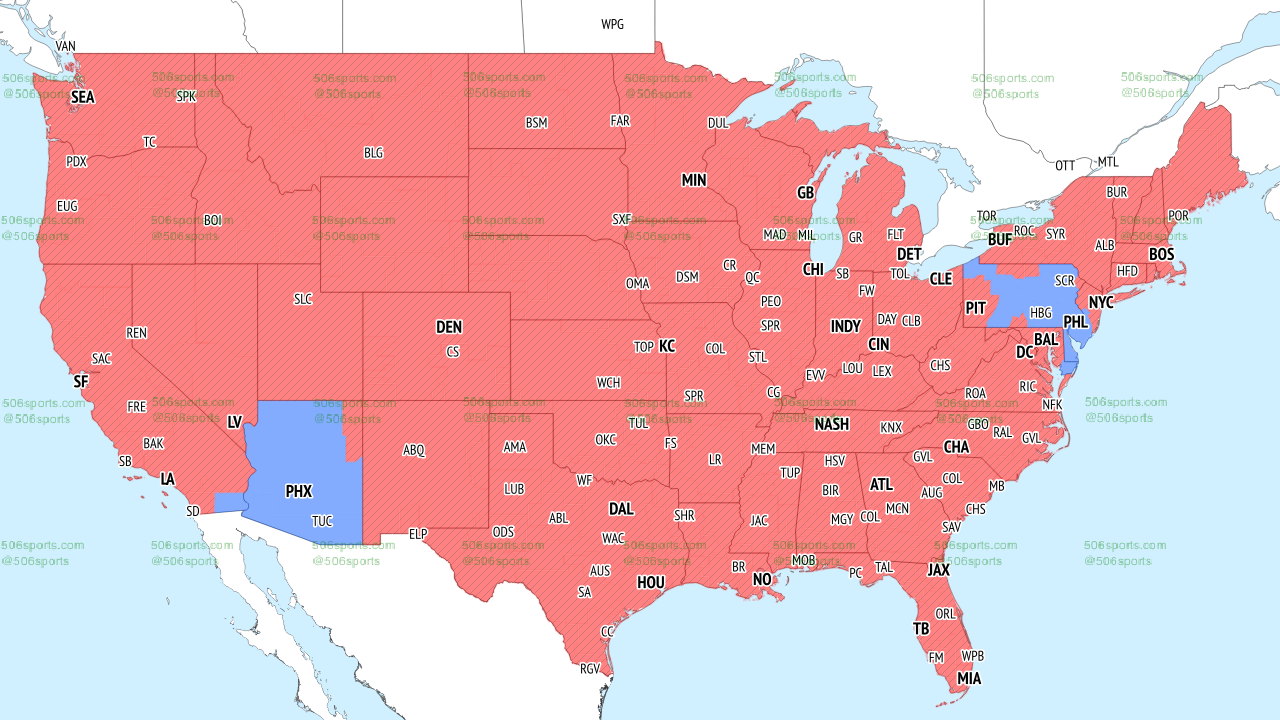 FOX has the doubleheader this week and will showcase the Cooper Rush-led Cowboys against the defending Super Bowl Champion Los Angeles Rams.

This may be the better afternoon game, but few will have the opportunity to tune in unless you have NFL RedZone.

The most entertaining moment during Thursday Night Football might be watching your DoorDash driver pull up with your food. The only question is: pizza or wings?

Our friends across the pond got a great game last week. The Giants have been playing above expectations while Aaron Rodgers keeps doing his thing with an inexperienced receiving core. Kickoff is at 9:30 a.m. Sunday morning.

The Bengals came off a great win on Thursday Night in Week 4, while the Ravens found themselves on the losing end in another late-game collapse. Thankfully for both teams, the Browns hadn’t found a way to take advantage of both teams’ slow starts.

We all thought the AFC West would be wide open this season with a plethora of talent going everywhere but Kansas City. However, the Chiefs continue to show us why they’re one of the top teams in the NFL every year. Can the Raiders prove us wrong on Monday Night Football?