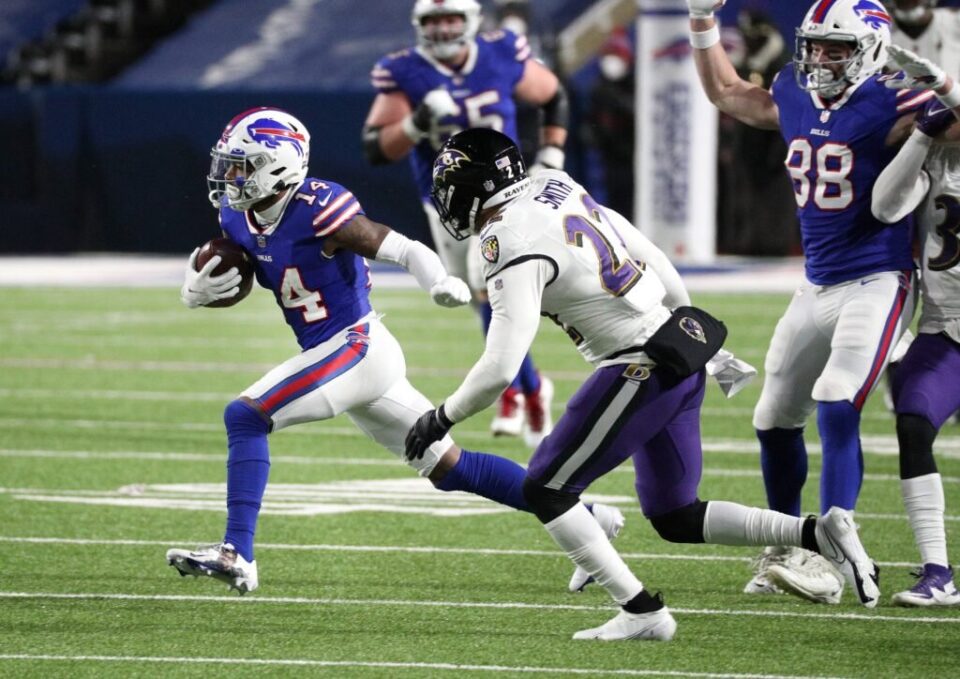 The NFL coverage and TV map have been released for Week 4. There are four nationally broadcasted games this week, with the NFL making its first trip to London for the 2022 NFL schedule. CBS will broadcast nationally in both the early and late windows on Sunday, while FOX will have just one national broadcast this week.

506 Sports provide this week’s NFL TV and coverage map. The color codes and what games they correspond to are listed below. Listings include FOX, CBS, and prime-time games on Amazon Prime, NBC, and ESPN. These maps are subject to change throughout the week. 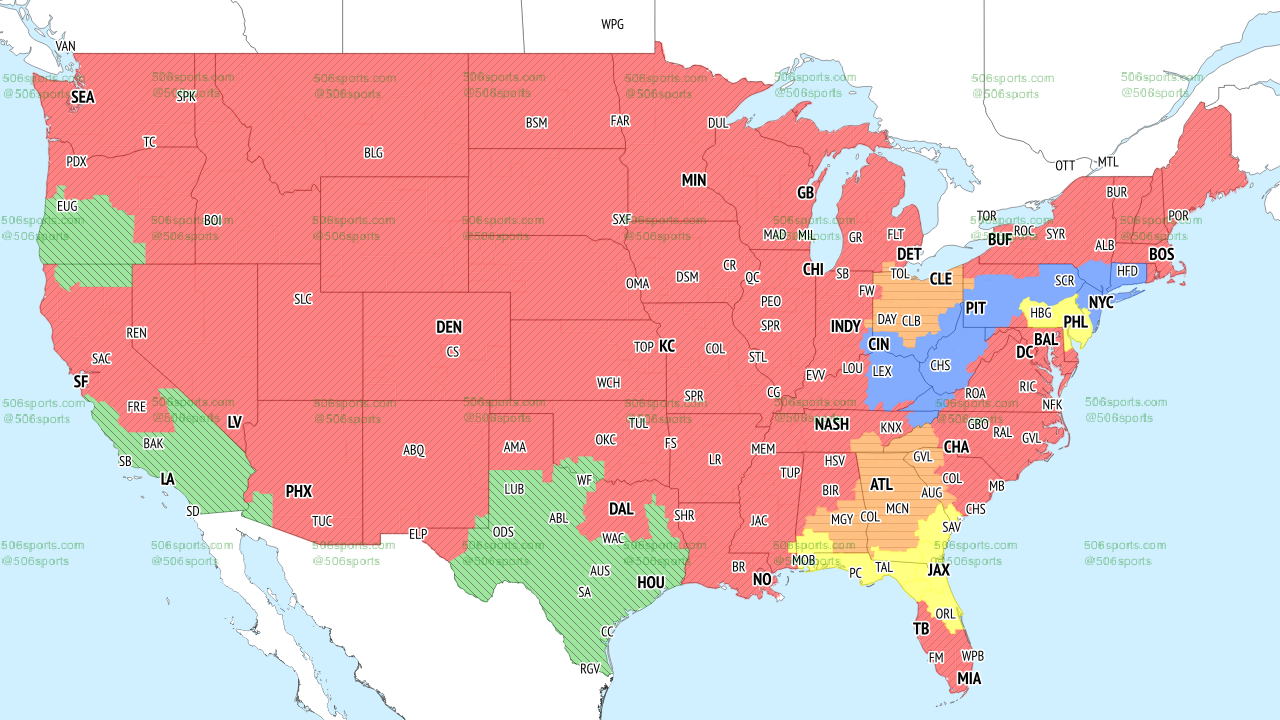 Both the Bills and the Ravens find themselves at 2-1, their lone losses coming at the hands of the Miami Dolphins in the last two weeks. In our latest power rankings going into Week 4, both teams find themselves in Tier 2, which puts them among the best in the entire league. While they don’t have the primary slot in the later window, this is the must-watch game of the week on Sunday.

Veteran Joe Flacco, a familiar foe to the Steelers, has filled in admirably in the first few weeks of the season for New York. But it sounds like Zach Wilson will be making his debut this Sunday. The Steelers, who enter the contest 1-2 like the Jets, are struggling to get their offense going to start the year with Mitch Trubisky under the center.

The Chargers have had a rough start to the season, most notably Justin Herbert’s rib injury and most recently Joey Bosa’s groin injury. While Bosa hits the IR, Herbert is still suiting up. However, even an injured Herbert spells trouble for a Texans team who’s among one of the two teams still winless on the season.

One of the underrated games on the Sunday slate this week will take place in Philadelphia, although a quick glance at the TV map shows not many of us across the country will get to watch it. The Jaguars enter with a somewhat surprising 2-1 record, while the Eagles are just one of two teams with an undefeated record. If you happen to find yourself in the yellow zone, you can catch the game on CBS or by signing up for Paramount+.

The Browns have a slight edge atop the Ravens in the AFC North. If they want to keep it, they need to win in Atlanta this weekend. For the Falcons, the NFC South hasn’t shown much strength through the first few weeks of 2022; a win could keep Marcus Mariota and Co. within striking distance of Tom Brady and the Buccaneers. 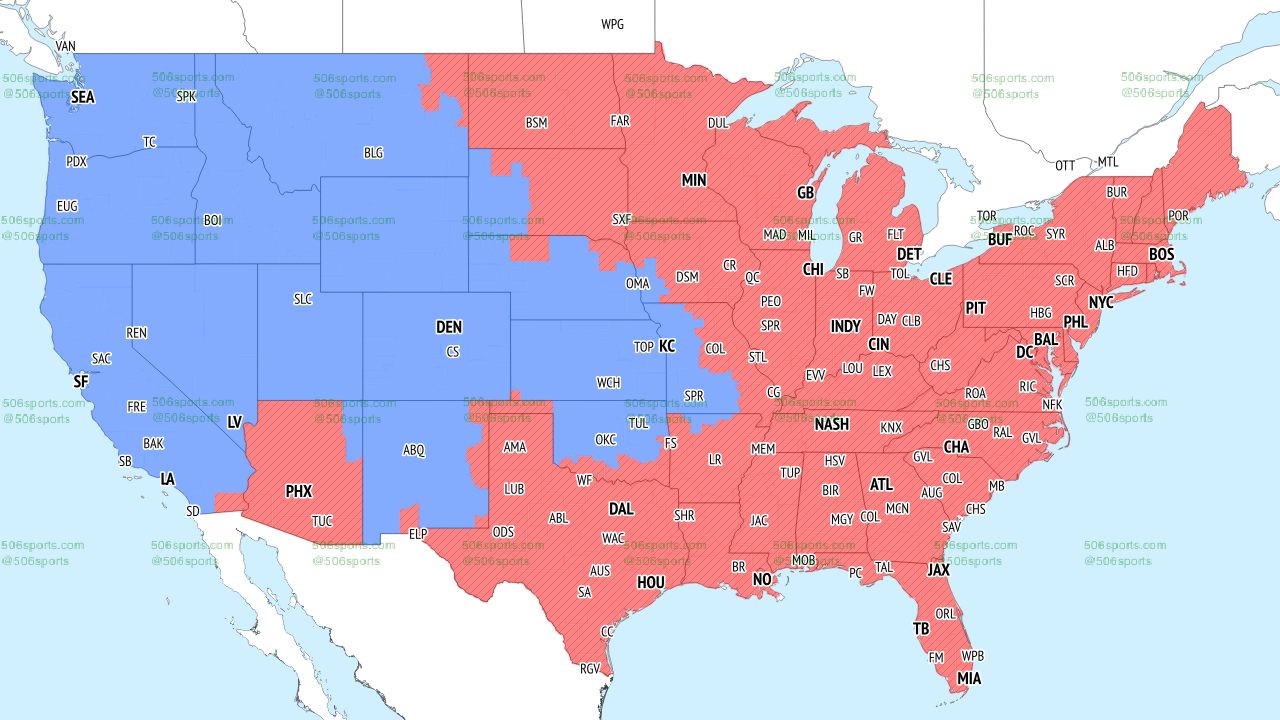 This Patriots vs. Packers matchup may have been more intriguing, say, five years ago. But in 2022, not so much. I digress, though, as CBS has decided to send Nantz and Romo to Lambeau Field. With Mac Jones out, Brian Hoyer gets the starting nod for New England against Rodgers and the Packers on Sunday afternoon.

The AFC West was talked about as being the best division in football prior to the season. Three weeks in, each team has proven to play below expectations, and the Broncos and Raiders are no exceptions. Denver’s defense is playing lights out on the field, while the Raiders’ players are all but shutting the lights out on new head coach Josh McDaniels already. 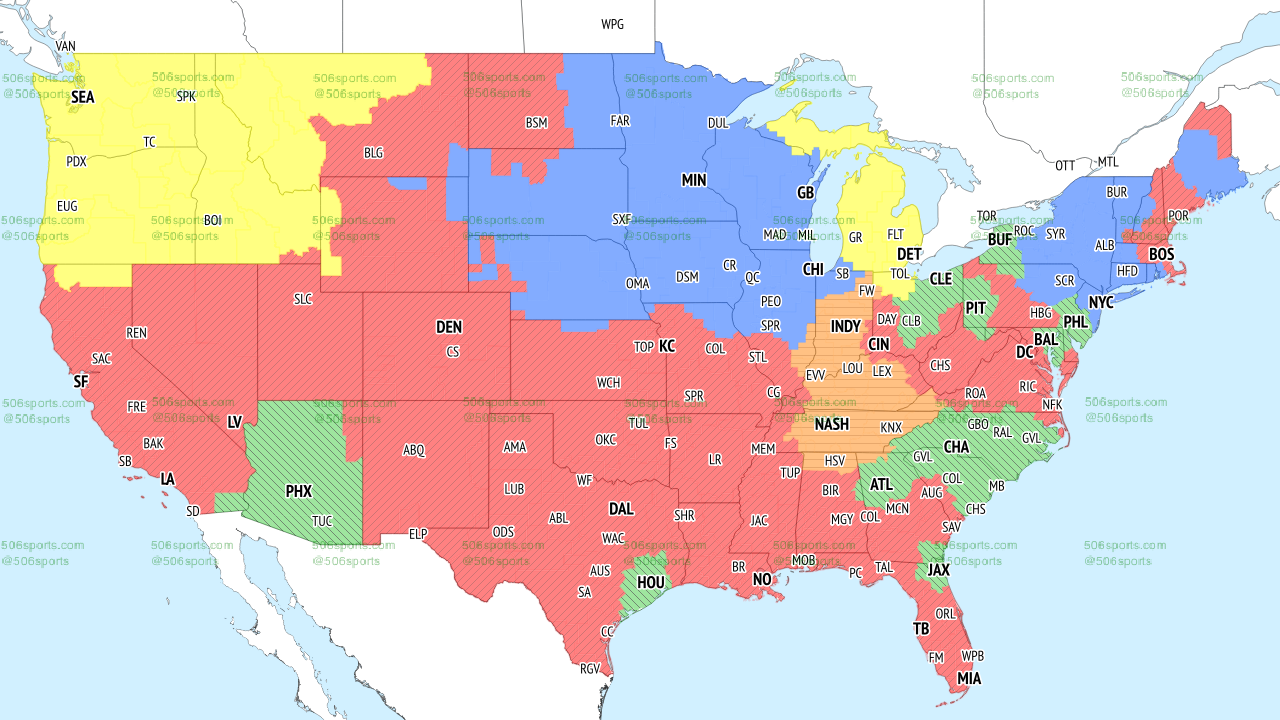 If Cowboys QB Cooper Rush wants to make a name for himself, Week 4 is the time to do it, going up against a Commanders defense that’s given up 82 points through the first three weeks of the season. As with most Cowboys games, much of the country will have an opportunity to tune in to FOX via FuboTV or whichever streaming service you use.

The Bears find themselves at 2-1, just like the Giants. Both teams, however, each have a negative point differential going into Sunday. The point total as of Wednesday afternoon is set at 39.5 in the DraftKings Sportsbook.

According to this week’s coverage map, only local residents will be able to catch the Seahawks vs. Lions matchup. Both teams have had their highs and lows thus far, but it should be a fairly even contest this week.

The Titans and Colts made statements last week. Nonetheless, they find themselves behind the Jaguars in the AFC South. The loser of this contest will have an uphill battle going into Week 5 to find their identity and figure out who they are as a team before it’s too late.

The paper says it’s Cardinals vs. Panthers, but it’s really Kyler Murray vs. Baker Mayfield in FOX’s late window. Who can prove their doubters wrong this week? Oklahoma Sooner fans just hope both teams have fun.

Both the Dolphins and Bengals come off a win they needed last week, and both fan bases would say they have to win on Thursday night to be taken seriously as Super Bowl contenders in 2022. Expect a fun matchup between two AFC teams on Amazon Prime.

The NFL begins their London series this week with the Vikings and Saints taking the trip across the pond. With their recent history, between the Minneapolis Miracle in 2018 and the infamous Bountygate game in 2009, it’s always a treat to watch these two franchises battle. The UK crowd loves a good field goal, but we all hope there’ll be some touchdowns scored Sunday morning on NFL Network.

Patrick Mahomes and Tom Brady. Does anything else need to be said? Both offenses aren’t firing on all cylinders right now, so we’ll see which great QB can rally their team to victory Sunday night.

To cap the Week 4 NFL schedule, Matthew Stafford will have his hands full against a solid 49ers defense that ranks third in the league in points allowed. A loss would put San Francisco in an early hole in the race for the NFC West crown.