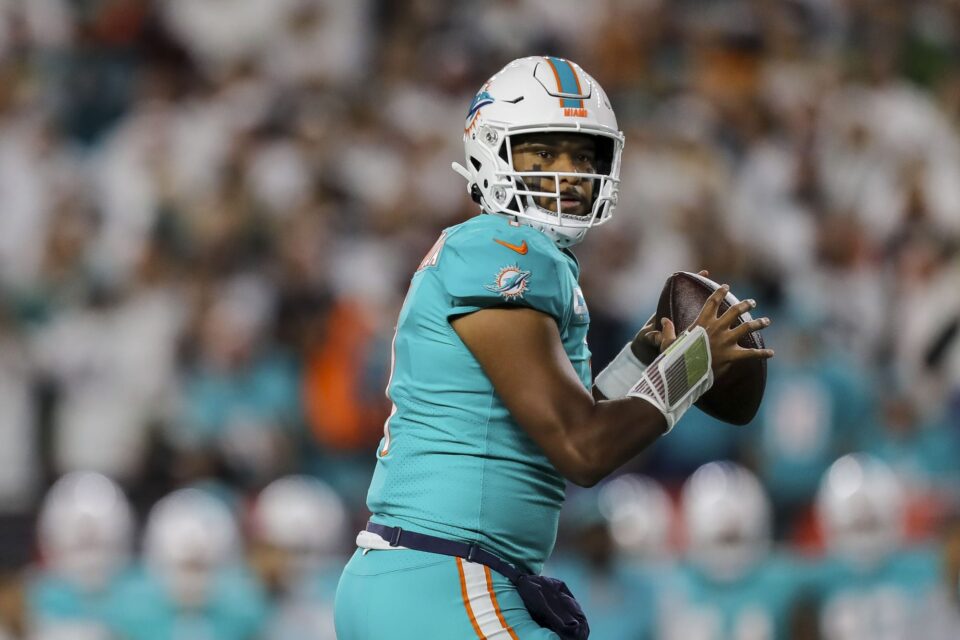 Dolphins quarterback Tua Tagovailoa took a big hit against the Cincinnati Bengals and had to be stretchered off the field.

The entire NFL world is sending positive thoughts towards Tua Tagovailoa and the Dolphins after the quarterback had to be stretchered off against the Bengals.

Tagovailoa took a big hit in the second quarter and stayed down for a long time.

The medical team had to stretcher the quarterback off the field while both teams and fans in Cincinnati looked on in concern.

UPDATE 11:24 p.m. ET: Tagovailoa is expected to be released from the hospital and fly back to Miami with the Dolphins.

Dolphins tell Amazon sideline reporter @KayleeHartung that they expect Tua Tagovailoa to be discharged from the hospital tonight and travel back to Miami with the team after that.

Tagovailoa appeared to have the “fencing response” which is a neurological response to a concussion that can be seen in the hands or arms stiffening or contorting. However, it has yet to be confirmed if that is what he suffered. The nature or extent of his injury is unknown beyond the fact that it required a stretcher.

He was taken away in an ambulance immediately to a local trauma center.

Tua Tagovailoa has been taken to a local hospital for further evaluation. He is conscious and has movement in all his extremities.

Fortunately, the team tweeted an update everyone was waiting for: Tagovailoa is conscious and he has movement in his extremities.

There was particular concern over Tagovailoa because of what happened last week. He hit his head hard on the ground after a hit and stumbled when he got back to his feet. While observers guessed he suffered a concussion, the team cleared him to return and claimed he had that reaction because of a back injury.

The NFLPA pushed to open an investigation of the team’s handling of the injury. Because the team designated his issue as a back injury he did not have to clear the NFL’s concussion protocol.

Eyes were already going to be keying in on the Dolphins. Now there will be extra scrutiny because of the apparent seriousness of the injury against the Bengals.