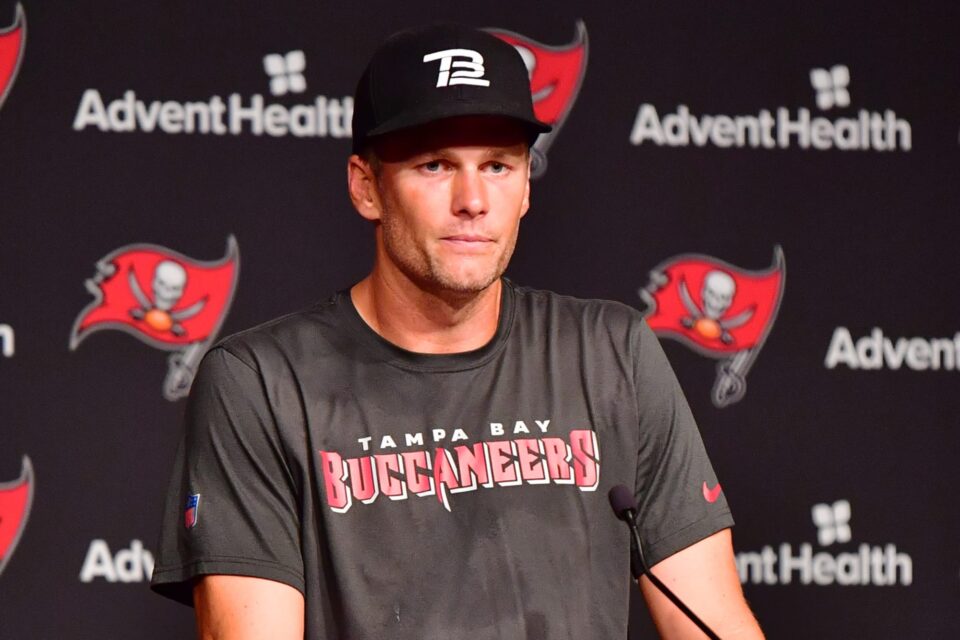 Tom Brady is a national treasure and should be protected at all costs … sometimes from himself.

At least that’s what people thought when Brady pulled the ultimate prank on social media.

“It’s just a knife throw,” DiGiovanni said to Brady in the kitchen. “Everyone does it. You’ll just take it, hit into the board.”

Brady says to DiGiovanni, “Okay, pick it up and just throw it in?” Brady then dropped the knife onto the board and immediately yelled “f**k” before revealing a sawed-off finger.

All of it, of course, was fake. But OMG imagine?!

The fans reacted to the video in various ways.

One fan suggested Brady would just learn to throw with his other hand.

Another joked that the Buccaneers hadn’t added it to their daily injury report.