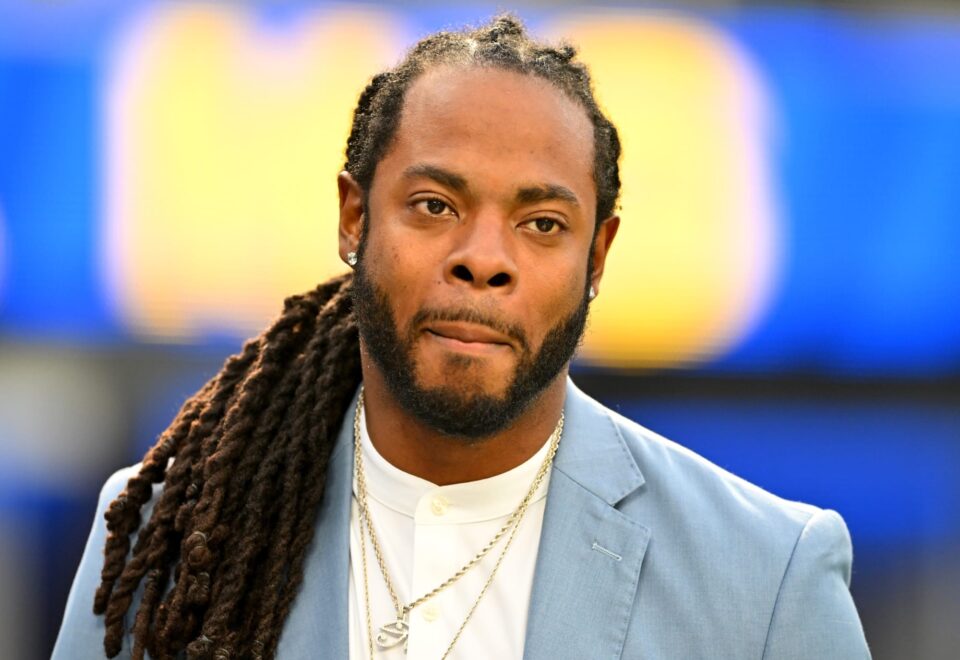 As Super Bowl 56 champions, the Los Angeles Rams officially opened up the 2022 season, with quarterback Matthew Stafford starting. It was far from the performance that Stafford had envisioned, as he was sacked mercilessly by the Buffalo Bills defense and threw multiple interceptions.

During the game, former NFL cornerback and current Thursday Night Football analyst Richard Sherman responded to a tweet from ESPN’s Dan Orlovsky discussing a throw from Stafford that turned into an interception by Buffalo’s Dane Jackson. Sherman called it “Stafford being Stafford.”

Orlovsky responded, saying that he doesn’t “have to start 2022 like this.” That is when Sherman responded, bringing up how Stafford led the league in interceptions last season. The exchange then continued.

Nothing to start. Led the league in picks last year. Just because hes your buddy doesnt mean the facts change. 🤷🏾‍♂️

Lmao clutch? Lmao Tartt dropped the pick. Lmao laughable. You will be a homer for your friend. More power to you. The tape doesnt match

It was a true night to forget for Stafford. Even though the Bills offense turned the ball over three times in the first half. That would normally be the path to a victory for the opposing team. Instead, the Rams were only able to pull the score 10 points to enter halftime tied with the Bills. Once the second half began, it was all Buffalo.

Stafford threw three interceptions on the night, two of which came on passes that were tipped in the air. Additionally, he was sacked seven times, including twice by former teammate and current Bills linebacker Von Miller.

It was a bad game for Stafford, and it will be a topic of conversation for the next two days, as Week 1 commences on Sunday, Sept. 11.