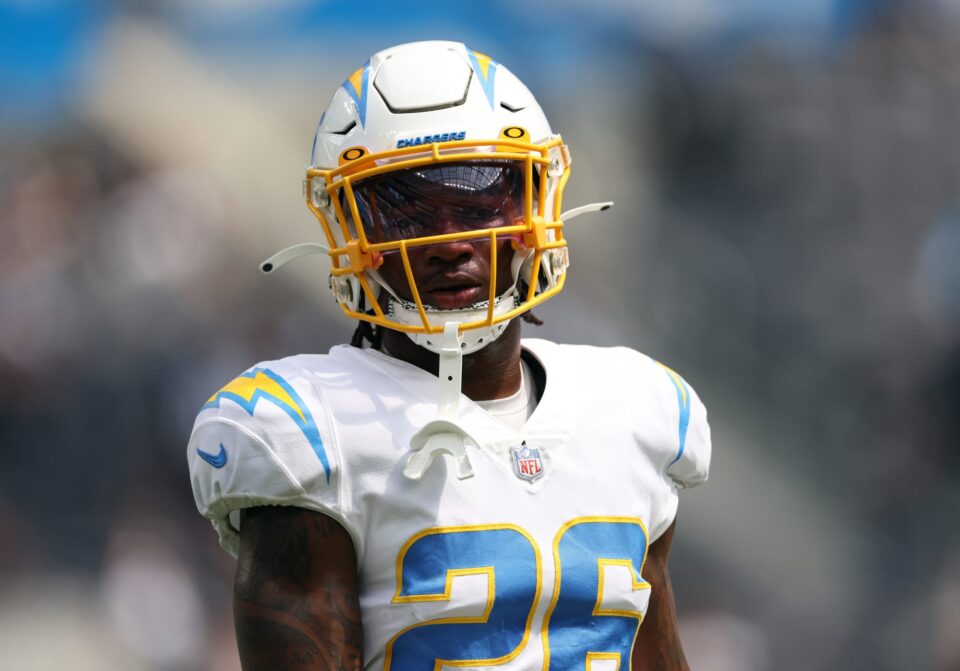 How the Chiefs beat the Chargers, explained by experts by Josh Wilson

Here is the referees’ explanation of why the Asante Samuel Jr. interception got overturned.

An overturned call on what was initially ruled as an interception made by Asante Samuel Jr. completely changed the dynamic of the Thursday Night Football game between the Los Angeles Chargers and the Kansas City Chiefs in Week 2.

Samuel initially thought he picked off Patrick Mahomes on the Chiefs’ first offensive possession of the second half. Los Angeles took a 17-7 lead over Kansas City the previous possession. Instead, the call on the field was overturned, allowing the Chiefs to pull off the comeback bid. Kansas City answered Los Angeles’ touchdown with one of their own to make it 17-14 Bolts after that drive.

The Chiefs would improve to 2-0 with a narrow 27-24 victory over the Chargers in primetime.

Here is the exact response NFL senior vice president of officiating Walt Anderson had to say about the overturned call from Thursday Night Football.

Upon further review, the officiating crew had enough visual evidence to overturn the call, as the ball appeared to hit the ground and move before Samuel went through the process of completing the catch. The controversial part of this is the viewers were not privy to an angle on the Amazon telecast that definitively showed the football moving as it hit the ground while Samuel fell down.

The two big takeaways from this controversial overturn are that it is going to be a different visual experience on Amazon this season and it led to the Chiefs getting their first big win in divisional play over the Chargers. Amazon is a well-run company and it will figure it out, but the streaming service does not have the banked reps like CBS, ESPN, FOX or NBC have broadcasting NFL games.

As far as the Bolts coming up short in Kansas City, that stinks, but that is just part of the game of football. Most games are decided by only one possession at the game’s highest level. Los Angeles will have a shot at redemption when the Chiefs come into SoFi in two months to play out the other leg of their annual rivalry series. In the meantime, let’s just hope Justin Herbert is not hurt too bad.

Transparency forever remains a work-in-progress when it comes to the NFL and getting it right.