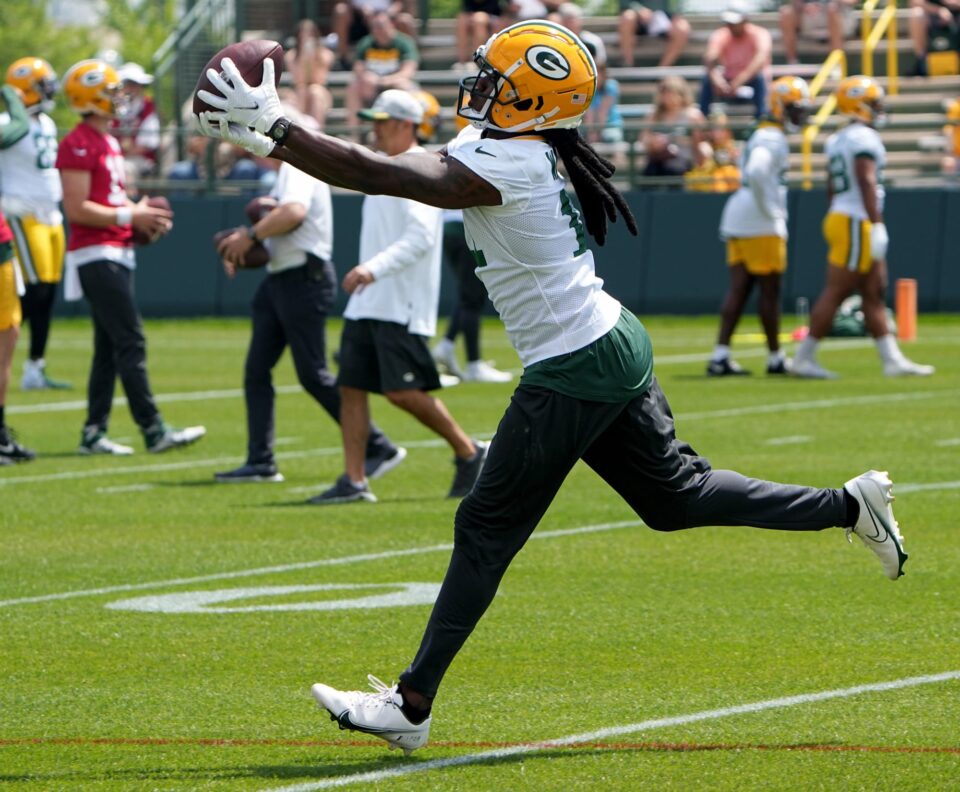 Watkins is out at least four weeks, as per NFL rules. With that, Green Bay will need some young players to step up in his absence. The Clemson product had been sharing the load with Randall Cobb and Allen Lazard as the only veterans on the Packers receiving corps.

Aaron Rodgers is short his favorite weapon in Davante Adams, who was traded to the Las Vegas Raiders this offseason amid tough contract talks. With that, Green Bay opted to select two wide receivers in the NFL Draft in Christian Watson and Romeo Doubs.

Watson is questionable this week, but he and Doubs must take a step forward if Green Bay hopes to win the NFC North this season. There’s no better time than the present.

With Sammy Watkins out, Packers rookies must step up

Doubs balled out in training camp, and even received some praise from Rodgers. Per head coach Matt LaFleur, Doubs is “probably going to have to take more of a [work] load this week.” That’s good news for the rookie out of Nevada.

Watson, on the other hand, has barely gotten any action or targets. Green Bay’s coaching staff insists they’ll work him into the gameplan, but perhaps he hasn’t shown as much in practice.

But none of that will be possible this week if Watson cannot play. That is why Doubs is the safer bet for Week 3 in Tampa Bay.

The Packers are facing a tough enough test against a very capable Buccaneers defense. Without Watkins, that challenge will be even tougher.