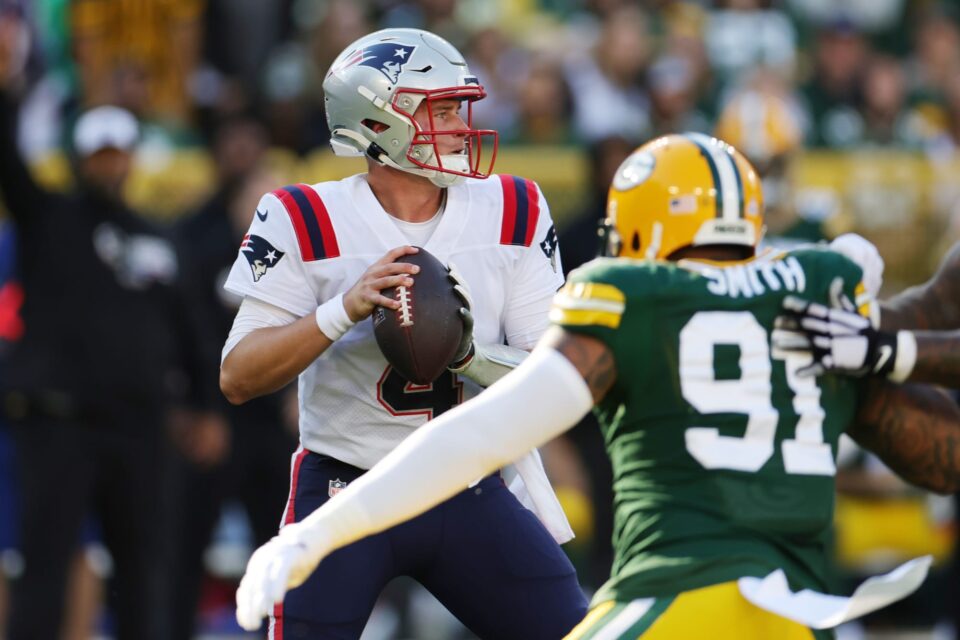 The refs screwed the Packers defense by letting Patriots quarterback Bailey Zappe throw a touchdown pass despite a blatant delay of game.

NFL refs make mistakes way too often. A lot of the time, those mistakes are just frustrating, but they balance out and don’t impact the result of a game.

During Sunday’s game between the Packers and Patriots, a huge mistake by the refs threatened to have major consequences on the result.

Did Packers get screwed on missed delay of game?

It never should have happened. Replays clearly showed the play clock run down to zero. It even rolled back over to 40. That’s how late the snap was.

The refs letting that go was madness. It was so obvious, you almost have to wonder if there was something else going on there. Pure incompetence isn’t a palatable explanation to consider.

When the play clock is about to expire, there is usually a half or one second delay for officials to blow the whistle because of the mechanics of how the play is officiated. The delay in #NEvsGB exceeded the normal amount of time that you usually see for a flag to be thrown.

Incredibly, that play was first-and-15 because of a delay of game in the first place. Another one would have made it first-and-20. New England might have scored a touchdown there either way but it would have been significantly more difficult.

The Packers ended up tying things up at 17. In such a tight game, every score matters. The ones that were undeserved matter even more.

The refs will have a lot of explaining to do after this one, regardless of the outcome.

Zappe was in the game due to an injury to Brian Hoyer. Hoyer himself stepped into the starting role because of an injury to Mac Jones.