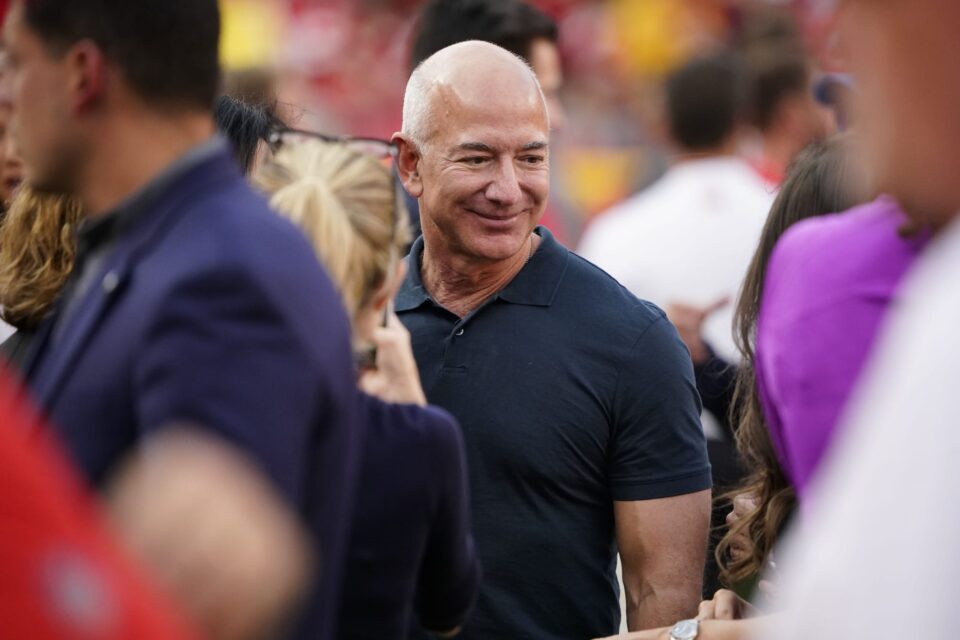 Twitter users had questions about a sideline photo of Amazon founder Jeff Bezos posing with fans at Arrowhead Stadium.

Given that this is the first Thursday Night Football game airing on Amazon, the company’s found, Jeff Bezos, was live in attendance at GEHA Field at Arrowhead Stadium for the Chiefs-Chargers contest. But what fans were talking about was the sideline photo that surfaced on Twitter, courtesy of KSHB 41 News’ Aaron Ladd.

Take a look at some of the reactions from the photo.

I want “shake wrists instead of hands” money

From the handshake to the random person’s leg sticking out over the barricade, there is a lot to process.

The first game of the Amazon era of Thursday Night Football begins with two of the top quarterbacks in the NFL battling in Patrick Mahomes and Justin Herbert. Mahomes helped lead the Chiefs to a 44-21 win over the Arizona Cardinals, while Herbert helped the Chargers pick up a 24-19 win over the Las Vegas Raiders.