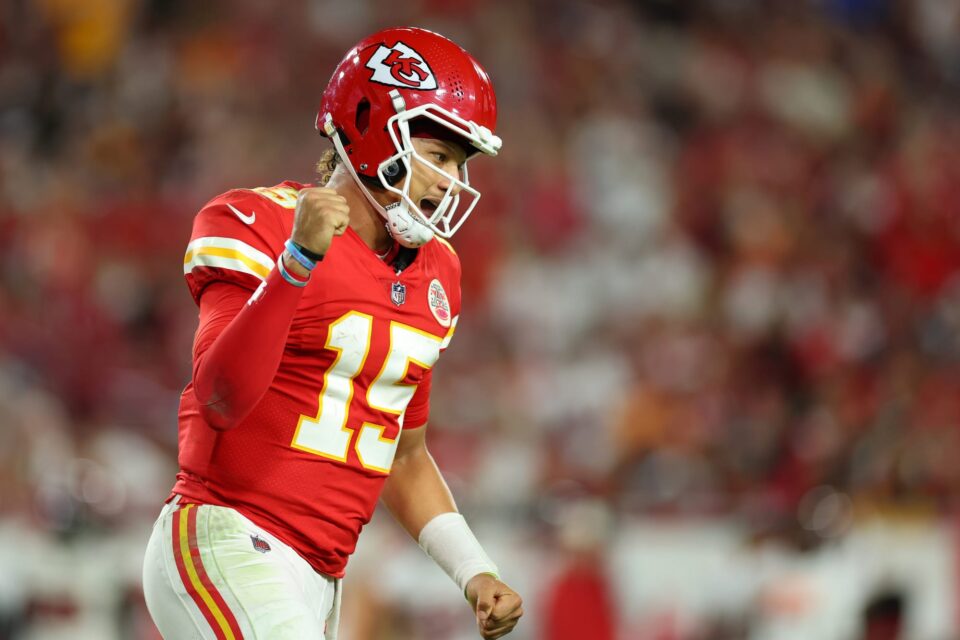 Kansas City Chiefs quarterback Patrick Mahomes literally put on a show against the Tampa Bay Buccaneers, as he showed off his acting skills.

Kansas City Chiefs quarterback Patrick Mahomes has shown that he is one of the most innovative players in the NFL today. In Week 4, he made his return to Tampa Bay for the first time since losing to the Buccaneers in Super Bowl 55, and he put on a show.

Mahomes pulled off one of the most absurdly creative plays in recent memory, by hitting a spin move on Buccaners linebacker and flipping a pass to running back Clyde Edwards-Helaire in the back of the end zone for a touchdown. Later on in the first half, Mahomes decided to show off his acting skills.

Prior to hiking the ball, Mahomes was pointing and yelling towards his teammates on the left side of the field. As the defense was distracted, they did not notice that tight end Noah Gray stood under center, hiked the ball, and sneaked into the end zone for a touchdown.

Give Mahomes an Emmy, Oscar, or Golden Globe. That was a creative fake out that helped the Chiefs take a 28-10 lead with over two minutes remaining in the first half.

Twitter users reacted to Mahomes faking out the Buccaneers defense to allow Gray to run into the end zone.

His acting skills are 👌🏼🔥

I watch my Panthers every Sunday.

Patrick Mahomes is so smart and creative.

He deserves fantasy points for this

Why don’t more teams do this? 😂

WHAT IN THE POP WARNER PLAY CALL WAS THAT

The Buccaneers were able to answer just before halftime, as quarterback Tom Brady was able to connect with wide receiver Mike Evans for a touchdown. That was Evans’ second touchdown of the game.

Tampa Bay had their best showing of the season in that first half, but it was just overshadowed by the incredible play-making of Kansas City’s offense.