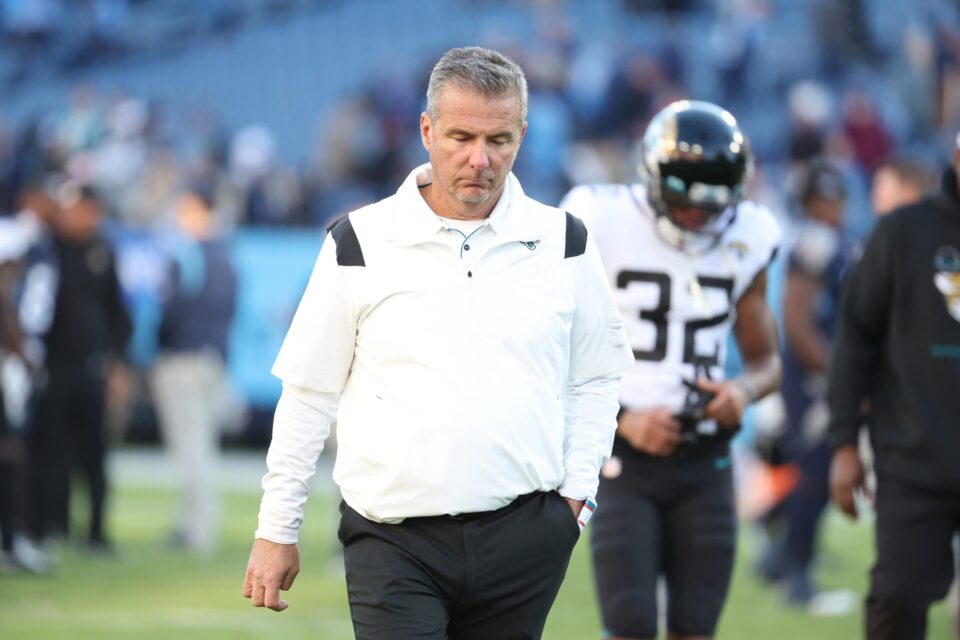 Doug Pederson not only has the Jags looking like a good football team but even a playoff contender and NFL Twitter isn’t letting Urban Meyer off the hook.

Urban Meyer might be the worst head coach in NFL history. At least that what it looks like now that Doug Pederson is the head coach of the Jacksonville Jaguars.

After being hired prior to the 2021 season, Meyer led the Jags to a dismal 2-11 record before he was fired after multiple accounts and reports regarding wholly unprofessional and awful behavior from the then-head coach. He did this with all-world quarterback prospect Trevor Lawrence under his watch and a team that, though far from being near the top of the league, was not completely bereft of talent.

But now that Pederson has taken over, the Jags look like a team reborn. On Sunday, the team moved to 2-1 with a convincing win over the Los Angeles Chargers that had the NFL world taking notice of a team that could very well be 3-0 to start the season if not for a late-game snafu that cost them in the season opener.

Naturally, NFL Twitter wasn’t going to let Urban Meyer off scot-free on Sunday after seeing what Jacksonville is doing under Pederson and they absolutely torched the former head coach.

Doug Pederson has tied Urban Meyer for fifth all time in most wins by a Jaguars coach.

How come Arizona State and Nebraska fans are not talking about hiring Doug Pederson right now?

Urban Meyer stops in front of a TV in suburban Ohio, looks at his buddy. “Hey, that Jags QB looks pretty good. Was he on the team when I was there?”

I can’t believe we as a society almost allowed Urban Meyer to ruin Trevor Lawrence.

Hilariously enough, we’ve started to see Meyer’s name pop up in coaching searches already in 2022, though back at the college football level as Nebraska and Arizona State fans have been eyeing him as a potential hire to fill their newly formed vacancies.

Meyer indeed has plenty of cache as a college coach along with a ton of success. But his work in the NFL only continues to look worse with each age that Pederson leads the Jags.