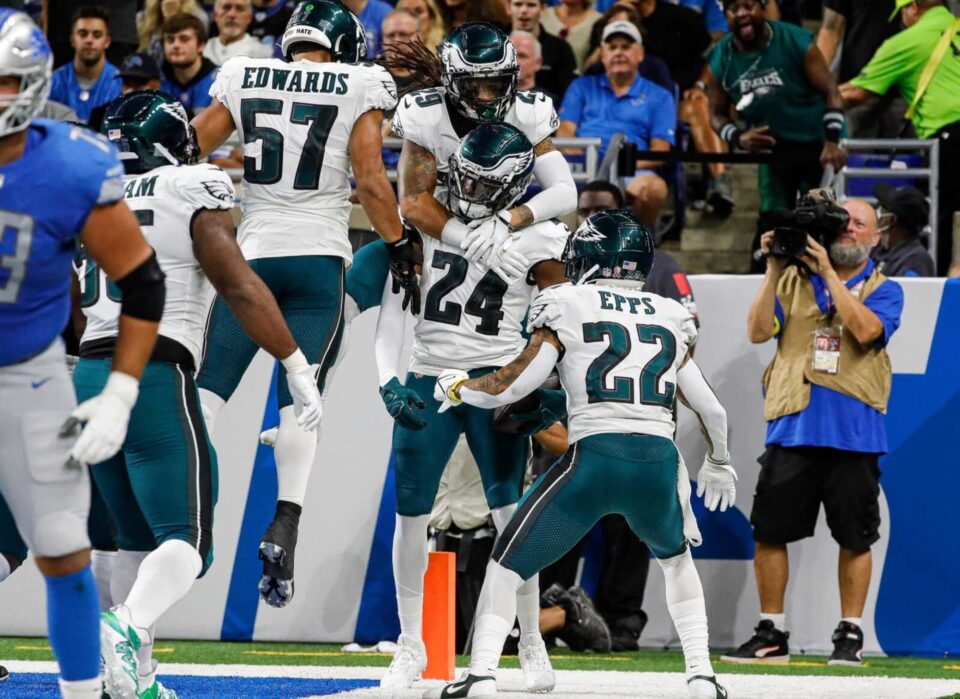 In our Week 2 NFL power rankings, the Dallas Cowboys tumble after injuries and an ugly loss, while the Philadelphia Eagles move up the board.

The Falcons are consistent, if nothing else. What a choke job.

The Jets came out and looked like the Jets. Unable to score, middling on defense.

Houston had a win slip away, but somehow lucked out in overtime and got the tie.

The Seahawks got some breaks, but what a great win to start the season.

A nice win for the Bears, who are probably still drying off. Now, it’s off to Lambeau on SNF.

Carolina couldn’t beat Jacoby Brissett and the Browns at home. Not a good omen for the rest of the year.

Where is the talent on this roster? Where is the coaching we’ve seen for so many years in New England?

The Jaguars seemingly had the Commanders beat, and then fell apart in the fourth quarter for a disappointing start.

The Lions hung around and scored 35 points against the Eagles. It’s not the desired result, but it’s progress.

Without Dak Prescott, the Cowboys are essentially finished before the season began.

What a win for the Giants. Emotional, come-from-behind, all of it. Really well done on the road.

Nobody got pummeled worse than the Cardinals, who fell behind early and never threatened.

Washington showed resolve in the season opener, giving hope it can compete in the NFC East.

The Browns aren’t going far with Jacoby Brissett, but Sunday was a fun win nonetheless.

Absurd way to win a game, but the defense was lights out. Can it continue to be without T.J. Watt?

A brutal loss for the Titans. Blowing a double-digit lead at home to the Giants, before missing a potential game-winning field goal.

Nathaniel Hackett might be the first coach who could justifiably be fired after one game in NFL history. Not really, but almost.

The Raiders have to be thrilled about Davante Adams, but the offensive line was a wreck, allowing six sacks.

Only 13 offensive points, but Tua Tagovailoa was solid, Tyreek Hill was excellent, and the Dolphins are unbeaten.

Indianapolis somehow avoided a loss, but tying the Texans? Not ideal.

Tough to grade the Niners considering the weather, but it’s still an awful loss to Chicago.

How did the Saints win that game? A miserable performance somehow turning into a victory.

Cincinnati is going to be fine, but allowing seven sacks and turning the ball over five times is a mess.

The Eagles have one of the league’s best rosters, and A.J. Brown looked incredible in his new duds.

Los Angeles couldn’t have been a bigger mess in Week 1. The Rams should bounce back against the Falcons.

No need to panic. The Packers have an opportunity to bounce back against the Bears. They lose this one? Panic.

Los Angeles beat the Raiders, and now has a huge challenge against the Chiefs at Arrowhead.

The Ravens were ravaged by injuries last year. If they’re healthy in 2022, they’re a contender.

Easily the best Week 1 performance from the NFC heavyweights. Tampa Bay shut down the Cowboys.

The Chiefs were phenomenal, leading Arizona 37-7 before garbage time. Patrick Mahomes had the best performance of the week.

Buffalo dominated in Los Angeles, with Josh Allen doing it all in a blowout win over the Rams.