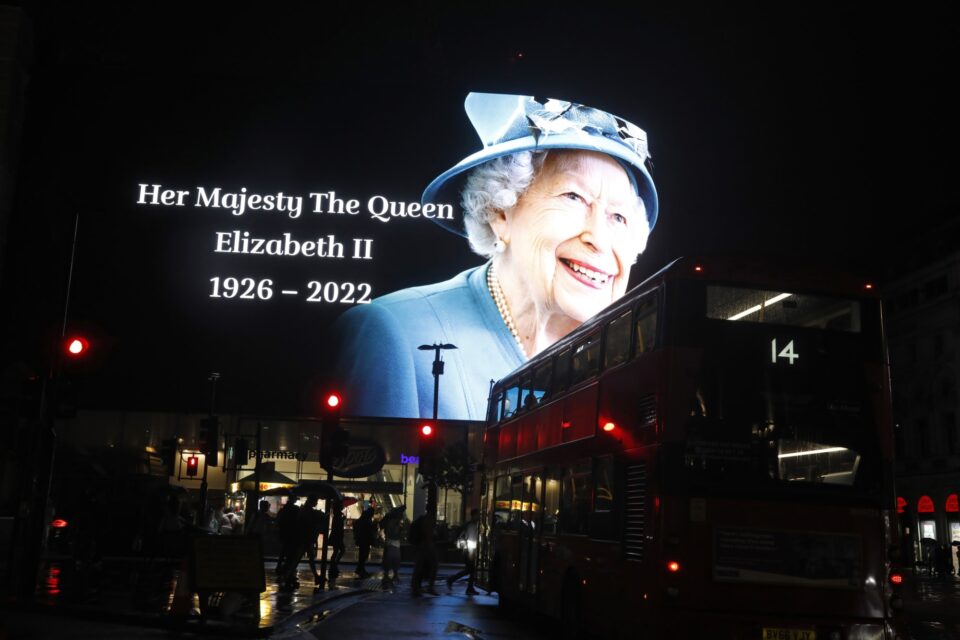 The NFL held a moment of silence for Queen Elizabeth II ahead of the Los Angeles Rams-Buffalo Bills game on Thursday.

On Thursday, Sept. 8, the world received the news that Queen Elizabeth II had passed away at the age of 96 years old.

Tributes poured in upon receiving the news that England’s longest-reigning monarch had passed away just hours after it was revealed that family rushed to Scotland. A moment of silence was held prior to the second half of the Arsenal-Zurich match.

Ahead of the 2022 NFL season opener between the Los Angeles Rams and Buffalo Bills, the league held a moment of silence prior to kickoff at SoFi Stadium in Inglewood, Calif.

Hours before the game, it was announced the NFL will hold a moment of silence for Queen Elizabeth.

Before tonight’s #Rams–#Bills game, the NFL will have a moment of silence to recognize the passing of Queen Elizabeth II.

Everyone at NFL UK is deeply saddened to hear of the passing of Her Majesty The Queen, Elizabeth II.

Our thoughts and deepest sympathies are with The Royal Family.

We join all those mourning the loss of Her Majesty. pic.twitter.com/6Ht2662ThV

The fans didn’t wholly cooperated, but the moment was still held in California.

Earlier in the day, Buckingham Palace announced that Queen Elizabeth was under medical supervision, as doctors were “concerned” for her health. The statement also said that she was “comfortable.” Her family rushed to the Balmoral Castle, where Queen Elizabeth spends her summers, on Thursday.

Following the death of her father, King George VI, Queen Elizabeth ascended the throne in 1952.

After her passing, her son, Charles III, is now the King of England.

The Rams opened up the season as Super Bowl 56 champions after they defeated the Cincinnati Bengals 23-20. They matched up against the Bills, who are considered favorites to win the Super Bowl this year.