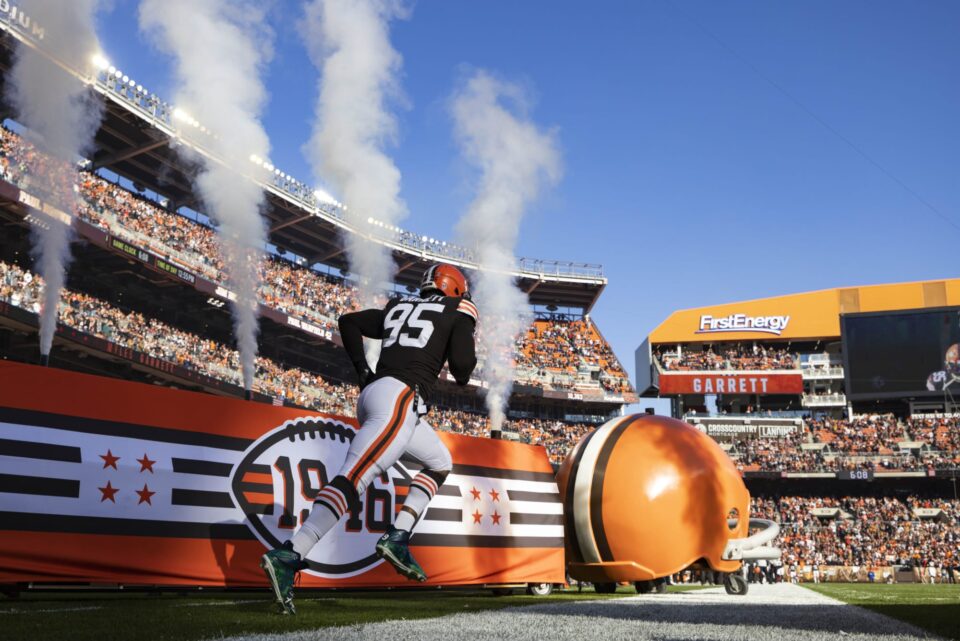 The Cleveland Browns announced their new midfield logo, and fans are certainly having a great time cracking jokes about it on Twitter.

The Cleveland Browns are one of the most intriguing teams in the NFL, and not because of talent. The Browns have been one of the worst teams in the league for longer than most can remember until recently. Now, the team is creating another intriguing image for themselves with the new midfield logo of an elf, named “Brownie the Elf.”

The logo shows Brownie running with a football, rocking some red hair and a red shirt with a big buckled belt.

Fans have several reactions to the logo, and they’re not holding back their thoughts on the elf.

Many fans are tying suspended quarterback Deshaun Watson into their reactions, reinforcing the very true fact that “no means no.”

Another fan discussed a lack of awareness on the team and stated they “never understand how such bad choices make it so far.”

Seriously, does no one in the room have any awareness or do they just never speak up?

I never understand how such bad choices make it so far. Altho I do actually… https://t.co/01ATUi1j1H

One made a storyline for the elf and wrote, “A Brownie is said to come out at night while the owners of the house are asleep & perform various chores & farming tasks.”

The lore: A Brownie is said to come out at night while the owners of the house are asleep & perform various chores & farming tasks. Brownies are described as easily offended & will leave their homes forever if they feel they have been insulted or in any way taken advantage of🤔 pic.twitter.com/rMZIpQejxG

One fan stated, “The other elf is better,” and included a graphic of the elf dressed in orange with an orange background.

The release of the new logo was certainly an exciting day for many, as it allowed their creative humor to flow.