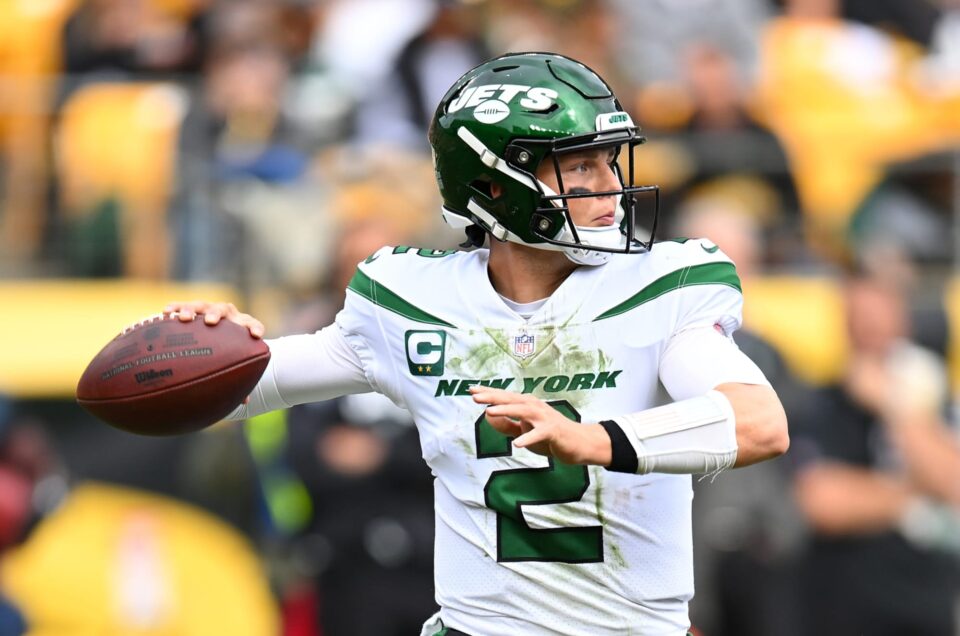 Cowboys-Rams and Dolphins-Jets are among the most intriguing NFL matchups in Week 5 but what games will be available in your area?

While most of the season has produced a slate full of attractive matchups, Week 5 is an outlier for NFL fans. The primetime matchups are interesting, which is a plus, but the combination of games on Sunday afternoon leaves plenty to be desired.

There are still a few games worth highlighting, including Cooper Rush and the Cowboys taking on the Rams and a critical AFC East battle between the Dolphins and Jets, but what games will be available in your area and who will be calling the action? Check out this week’s NFL TV coverage maps, courtesy of 506 Sports, below to find out.

This week kicks off in Denver as two underachieving contenders meet up. Both the Colts and Broncos are battling injuries in the backfield with Jonathan Taylor questionable for this game while Javonte Williams is out for the season for the Broncos.

The second London game in a row features a pair of early NFC contenders as the Giants take on the Packers. Green Bay will serve as the home team in their first-ever international game.

CBS has the single header this week and is sending most of the country Steelers-Bills, which will see Kenny Pickett make his first NFL start for Pittsburgh. The lone 4:05 game on CBS’ slate will see the 49ers fly across the country to take on the struggling Panthers.

FOX’s early window features a pair of first-place showdowns in the NFC South and NFC North. The Buccaneers’ game will get most of the coverage nationally while Bears-Vikings is the clear B game in this quartet.

FOX’s two best games are both in this window but the vast majority of the country will get Cowboys-Rams. Eagles-Cardinals is a good enough game to lead the window but will not be seen outside of local markets.

The Bengals make their first Sunday night appearance of the season as they hit the road to take on the Ravens in a critical AFC North matchup. The quarterback matchup of Joe Burrow and Lamar Jackson is probably the best of the week.

This AFC West clash could be epic as the Raiders look to avoid falling into a 1-4 hole during a trip to Arrowhead Stadium to take on the Chiefs. There is no Manningcast this week as Peyton and Eli are off until Week 7.