Many Think The Miami Dolphins Have A Good Team In 2022 — But Does Mike McDaniel? 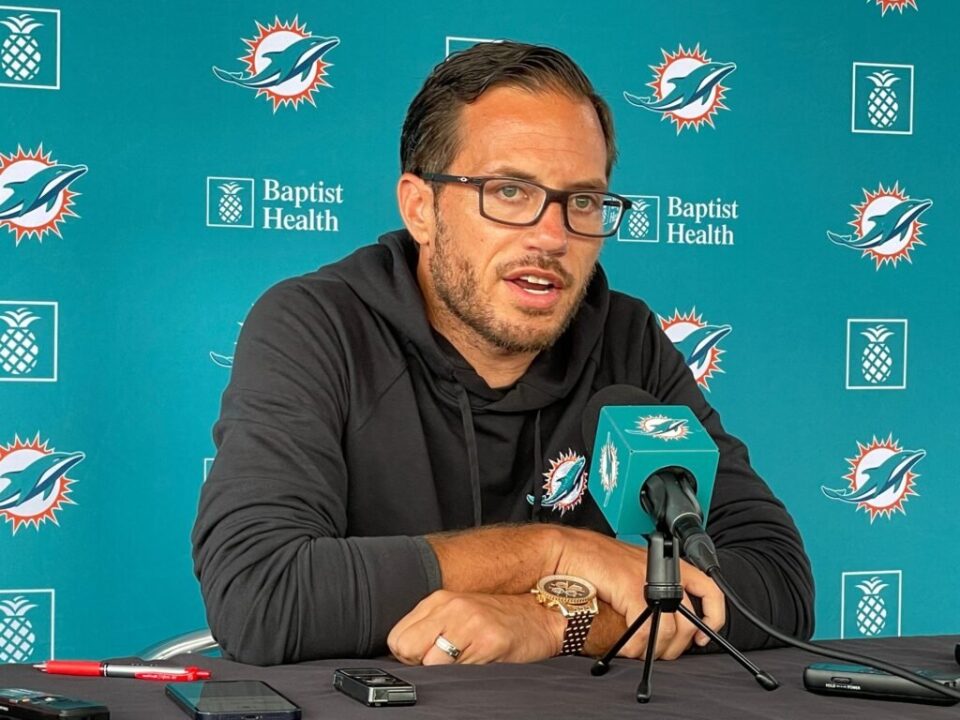 MIAMI GARDENS, Fla. — The NFL calendar is weird. Teams work 348 days to win on 17 (or, at most, 344 to win on 21). So the vast majority of the media content produced isn’t about what has happened, but what might. And hundreds of thousands of words have been written about how Mike McDaniel and the Miami Dolphins are poised for a good year.

But what does the coach himself think? We asked him Wednesday as he met with reporters during a break in preparation for the Dolphins’ season opener against the New England Patriots.

“In the National Football League, if you have to have all cylinders aligned to win. … I think it was Mike Shanahan who said to me early in my career, that there’s only a portion of the teams that have a chance, because everyone’s working together and you have the prerequisite talent. That being said, you know, everybody’s vulnerable to the wrong injuries at the wrong time.

“I do feel like we have a chance to really compete, and that’s all you really want. I think we deserve to be in the party and really, that’s the cool thing about football. You’re not guaranteed results, you just go all in. And if you have the right talent and mix of people, you really give yourself a chance to do something pretty cool.”

After Week 1, ‘we’re either crowned, or we suck’

McDaniel continued in a lengthy, but poignant answer:

“So I’m very confident in the team. I’m very, very, very proud of them for where they’re at. And then the name of the game in the National Football League is to you, you put it all out there, it’s Game 1, and then one or two things happen. We’re either crowned, or we suck.

“Either way, we have Week 2. And either way, I think a one-win team, in the course of a season wouldn’t be to the satisfaction of the organization or the fans. So you really have to keep it in perspective, because that is the challenge. It’s a huge buildup. That’s one of the reasons why. You know, people there’s a phrase called like overreaction, whatever. The only reason is, because people care.”

Jaylen Waddle on track to play

The Miami Dolphins have a chance to get crowned — or suck — at home Sunday on what should be a steaming hot day.

They should have Jaylen Waddle — Tua Tagovailoa’s most comfortable target — available. Waddle was limited in practice with an undisclosed lower-body injury Wednesday, but McDaniel expects him to play.

He might see action on more than just offense. The Dolphins have him listed as one of their three potential punt returners on their depth chart. Their others? Tyreek Hill and Jevon Holland. Combined, Waddle, Hill, and Holland are three of their best six players.

But when asked about the possibility of putting those talented players at risk on special teams, McDaniel pushed back pretty pointedly.

“It’s always been curious to me, but an NFL game is like 150, 160 plays together, and you’re trying to win a game. So special teams plays, they account for yards and points and can change the game as much as any offensive [or] defensive play. So that being said, the plan is to be very strategic with regard to the flow of the game. How much wind people have, where the ball’s at, the score, but I plan on using, and I know [special teams] coach [Danny] Crossman feels the same, I plan on using our best players in the best situations for the team.”