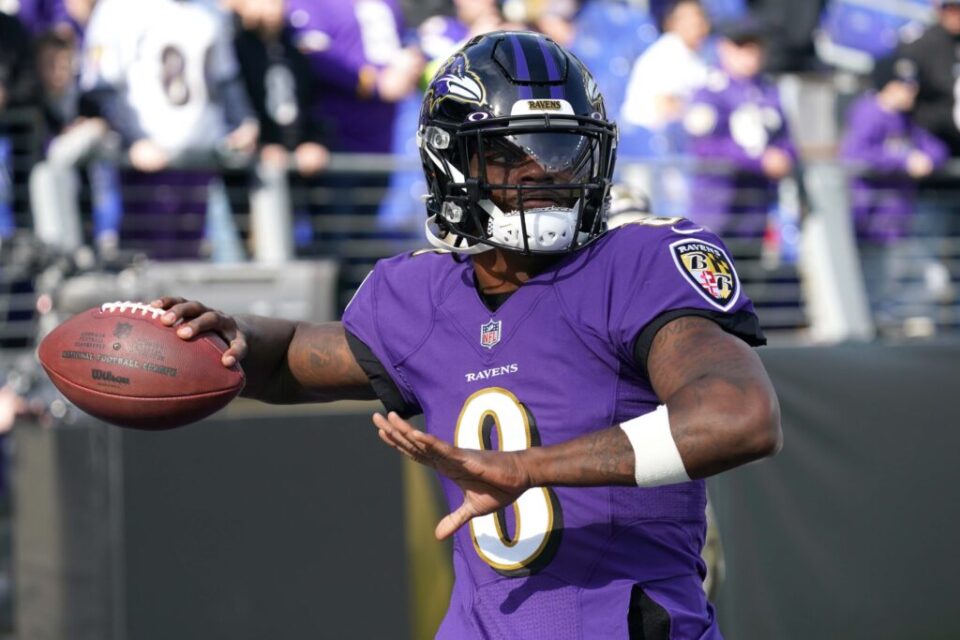 Russell Wilson agreed to a five-year, $245 million extension with the Denver Broncos on Thursday, making him the second-highest-paid quarterback in the NFL. Yet, in the grand scheme of things, Wilson’s new deal probably won’t move the needle all that much when it comes to long-term contracts for fellow quarterbacks Lamar Jackson, Joe Burrow, and Justin Herbert.

With most NFL players, these minute differences in guaranteed money can help us analyze the true value of a contract. With quarterbacks, the contrast is less meaningful. At the end of the day, it doesn’t matter whether Wilson received $165 million fully guaranteed or something closer to Murray’s number. Star QBs simply don’t get cut, so they have little incentive to demand extra guarantees in negotiations.

This brings us back to Watson’s fully guaranteed five-year, $230 million deal with the Browns. It’s a true outlier contract around the NFL, without even mentioning that Watson received this extension while facing sexual misconduct allegations from over two dozen women.

Since Watson inked that pact in March, Matthew Stafford, Derek Carr, Murray, and Wilson have all landed long-term extensions — and none have come close to a fully guaranteed deal. So far, the rest of the league is not honoring Watson’s accord. Instead, rival teams are almost pretending the contract never happened.

With that in mind, how should we view potential extensions for Jackson, Burrow, and Herbert? Let’s take a look at all three, starting with the signal-caller slated to hit free agency earliest.

Jackson is set to reach the open market next spring, but there’s almost no chance that actually happens. If all else fails, Baltimore can assign Jackson the franchise tag at a price of roughly $31.5 million. A second tender in 2024 would cost approximately $37.8 million.

No one seems to know exactly what Lamar wants, and given that he’s acting as his own agent, there haven’t been any meaningful leaks to the media. Jackson intends to table extension talks if a deal isn’t worked out before Week 1.

Meanwhile, Ravens owner Steve Bisciotti is one of the few league executives to go on record about Watson’s contract with the Browns.

“I don’t know that he should’ve been the first guy to get a fully guaranteed contract,” Bisciotti said in March. “To me, that’s something that is groundbreaking, and it’ll make negotiations harder with others.”

Wilson’s extension didn’t do Jackson any favors. While his $49 AAV is second in the league behind Aaron Rodgers, Wilson didn’t come anywhere near a fully guaranteed contract. If that’s what Jackson is aiming for, his argument just got a little weaker.

While the Ravens are staring down a deadline with Jackson, the Bengals have all the time in the world to formulate an extension with Burrow. The No. 1 overall selection in the 2020 draft is under contract for two more years, and Cincinnati holds a fifth-year option for 2024.

Despite that ample runway, don’t expect the Bengals to wait around. Under owner/general manager Mike Brown, Cincinnati has always been willing to pay quarterbacks.

In December 2005, the Bengals made Carson Palmer one of the league’s highest-paid QBs with a six-year, $97 million extension. Nearly a decade later, as Andy Dalton entered his fourth year in the NFL, Cincinnati gave him a six-year, $115 million pact.

Still, it seems incredibly unlikely that Brown and the Bengals will give Burrow a fully guaranteed deal. Brown is an old-school owner who probably won’t break precedent, and he’d likely be averse to putting that much cash in escrow (which the NFL’s funding requires for guaranteed money).

The Chargers are on the same timeline with Herbert as the Bengals are with his draft classmate Burrow. Wilson’s deal didn’t help Herbert or Burrow, so both quarterbacks are looking at Jackson and hoping he’ll break the mold.

Los Angeles went all in this offseason. With the knowledge that they’ll have Herbert under contract at extremely cheap rates over the next two seasons (plus a 2024 fifth-year option), the Chargers revamped their roster and spared no expense. LA doled out the fifth-most money to free agents, and they’re also fifth in active cash spending for 2022.

Expect that aggressive approach to continue with Herbert. Wilson’s contract laid out a blueprint, further signaling that teams are not following the Browns’ lead with fully guaranteed deals. Instead, the Bengals and Chargers will likely race to be the first to extend their star quarterback.

Given their similar draft pedigree and comparable production thus far, Herbert and Burrow should receive contracts in the same neighborhood. But as we’ve seen countless times, whichever QB signs last will receive more money — that’s just the way it works. Herbert and Burrow are both eligible for new deals after the upcoming season, so the fireworks should get started next summer.