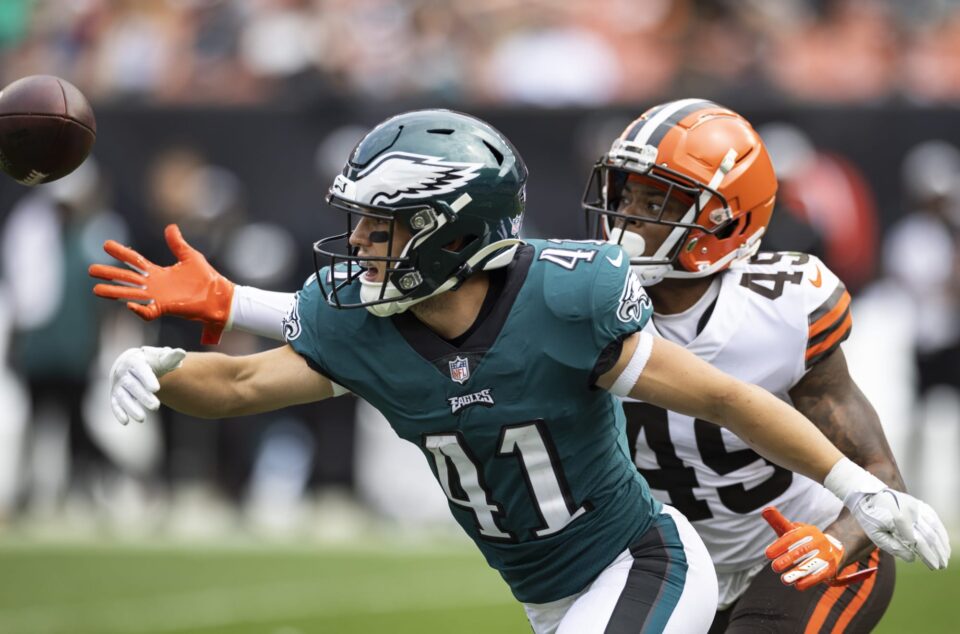 The Philadelphia Eagles held their first home game of the 2022 season on Monday night, as they hosted the Minnesota Vikings. As is the case at every home game, there is plenty of tailgating in the parking lot. Speaking of the parking lot, there was a huge gaffe by the attendants.

According to Howard Eskin of 94.1 WIP, rookie wide receiver Britain Covey was denied access to the player’s parking lot. Instead, he had to park in the general lot and pay the parking fee. A fan confirmed this as he took a photo with Covey.

Philadelphia Eagles’ rookie Britain Covey wasn’t recognized by parking attendants as a player, and paid $40 to park in the general lots. 😂 https://t.co/GUXrvih4VV

If you needed further confirmation, hear it from Covey himself. Covey said that he had a practice squad pass and his teammates told him to tell the attendants that he was elevated to the active roster. The attendants apologized and denied him access. Covey was in good spirits, as you can see in the video tweeted out by Eskin.

Covey played for the Utah Utes in college for five seasons. He caught 184 passes for 2,011 yards and 11 touchdowns. Covey returned 92 punts for 1,092 yards and four touchdowns, and 33 kicks and 838 yards and one touchdown.

It was quite the Monday night for Covey with the parking issue, but as you can tell in the video, he took it in stride.