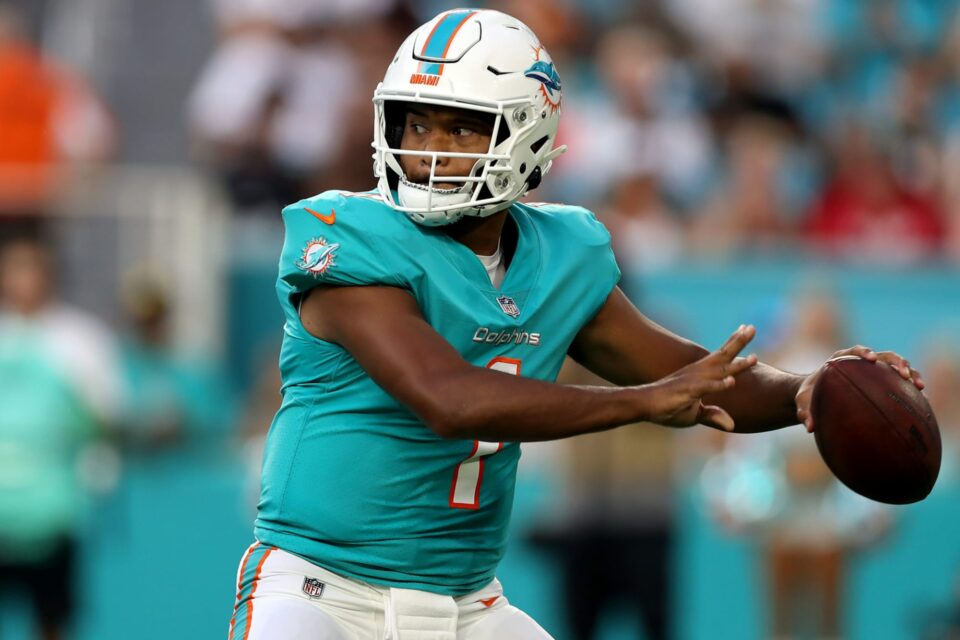 Are the Cavs title contenders after trading for Donovan Mitchell? by Ian Levy

Tua Tagovailoa being named a team captain for the Miami Dolphins is a huge deal for everyone.

No doubt about it, Tua Tagovailoa being named a team captain by his Miami Dolphins teammates is absolutely massive.

New Dolphins head coach Mike McDaniel had his players vote for team captains by way of a point system. Per Cameron Wolfe of the NFL Network, “the resounding point winner was Tua.” McDaniel would emphasize how big this captaincy is for everyone involved within the Dolphins organization. “It speaks volumes to where he is with the team and their belief in him,” said McDaniel about it all.

Keep in mind Tagovailoa was not named a team captain by McDaniel’s predecessor, Brian Flores.

McDaniel said it is Incredibly important. “It speaks volumes to where he is with the team and their belief in him.”

2022 marks critical year three for Tagovailoa as a professional. The former Alabama star quarterback was drafted No. 5 overall by the Dolphins in 2020. After an up-and-down and mostly chaotic first two years with the Dolphins, Tagovailoa finally has a head coach who believes in him. This could be McDaniel’s undoing if it hits the fan for Tagovailoa in the next two seasons, but still…

Tagovailoa may not be the most athletic quarterback in the NFL today. He may throw a pretty ball with a tight spiral, but does not have a howitzer for a left arm either. However, what Tagovailoa has going for him above all else are his intangibles. Like Dak Prescott of the Dallas Cowboys, he is great at the podium and an authentic communicator, equipped to lead his teammates into battle.

What this point system represents is that Tagovailoa has the respect of his teammates, and not just his new, first-time head coach. Miami should be in the mix for the AFC playoffs, but the play and leadership of Tagovailoa will be key in the Dolphins’ quest to be a top-seven team in its conference. Being named team captain is not just an empty source of recognition this time around.

Miami opens up on Sunday, Sept. 11 when the rival New England Patriots come to South Florida.