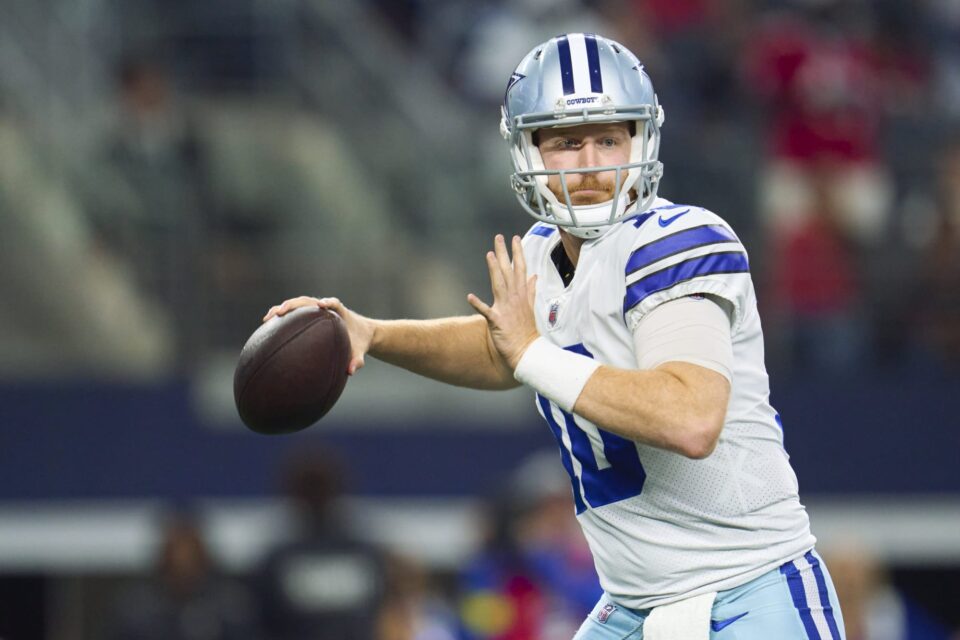 Dallas Cowboys quarterback Cooper Rush has made an unexpected impact on the team this season, and he’s had a better start than anyone in the franchise.

Dallas Cowboys quarterback Cooper Rush has made an unexpected impact on the team this season.

While most everyone was ready to write the team off after Dak Prescott suffered a hand injury in the season opener, Rush hasn’t just stepped up, he’s performed beautifully. In fact, he’s the first quarterback in franchise history to start his career 4-0 as the starter.

Rush wasn’t the anticipated starter going into this season. Prescott was, unsurprisingly, the starter until things took a bad turn and went down in Week 1. After Prescott fractured his thumb in the opening game against the Tampa Bay Buccaneers, Rush has stepped up and done an incredible job.

This season, he’s had a completion percentage of 60.8, 737 passing yards and four passing touchdowns. There’s the looming question of whether or not he could take Prescott’s spot as the Cowboys starting quarterback, but Jerry Jones wisely put an end to that speculation.

Cowboys: Cooper Rush has performed far better than expected with Dak Prescott out

Prescott has been reliable since he began his career in 2016 with Dallas, and he ended up being the replacement for veteran Tony Romo. Rush could do the same for Prescott, but his career in the NFL doesn’t seem to be coming to an end anytime soon.

Both quarterbacks, however, are capable of producing good results. Four games is a decent stretch of time to tell whether or not a player will be consistent, so the Cowboys appear to have two highly-capable quarterbacks in their hands.

There isn’t a quarterback controversy in Dallas based on Prescott’s long-term success and overall ceiling in comparison to Rush. However, the Cowboys backup has undoubtedly earned himself a nice payday and potentially could become a trade asset for Dallas moving forward.