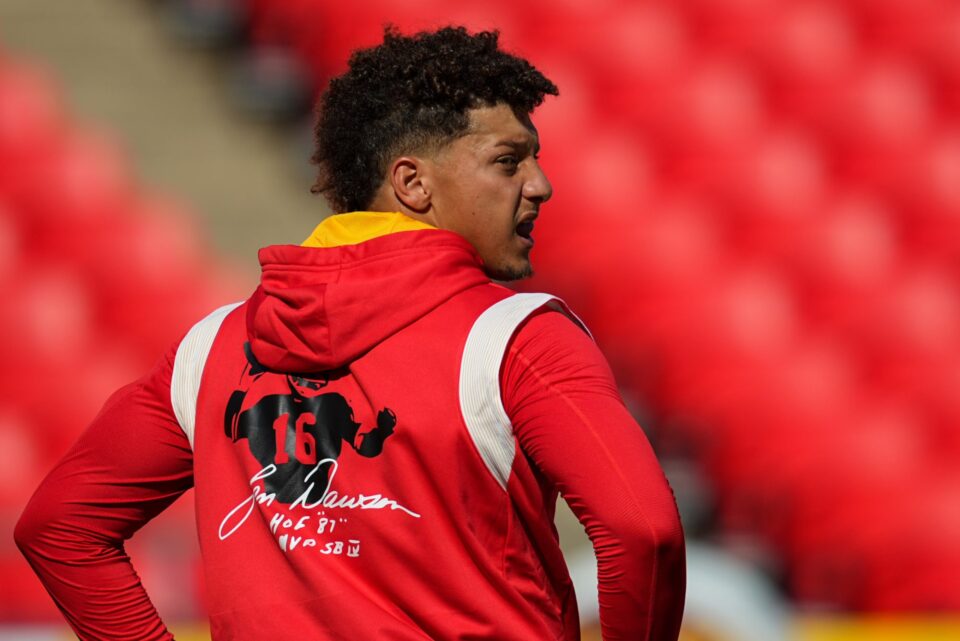 The Kansas City Chiefs and Patrick Mahomes honored recently passed former quarterback Len Dawson in multiple ways, including a sweatshirt and a huddle.

Thursday night’s preseason game at Arrowhead Stadium offered the Chiefs tons of opportunities to pay tribute to Len Dawson after he passed at the age of 87 this week.

Players wore a No. 16 decal on their helmets in addition to other visual dedications to the quarterback.

Some of the most touching of those involved Patrick Mahomes.

Mahomes came onto the field for warm-ups wearing a sweatshirt depicting Dawson.

Then when the game began, Mahomes led the offense onto the field and had the offensive huddle line up in Dawson’s “choir huddle.”

Dawson has been credited with introducing the choir huddle as a way to obscure the defense from knowing what formation was coming.

It was a cool moment for Mahomes and the Chiefs, who picked up a penalty for delay of game which the Packers declined.

Dawson joined the Dallas Texans in 1962 the year before they moved to Kansas City and became the Chiefs. He played for the franchise until his retirement in 1976 at age 40. He led the team to two Super Bowl appearances and a Super Bowl victory along with a Super Bowl MVP. He won the AFL three times and was the NFL’s Man of the Year in 1973.

The Chiefs intend to continue honoring Dawson this season with helmet decals. The preseason is just the start.