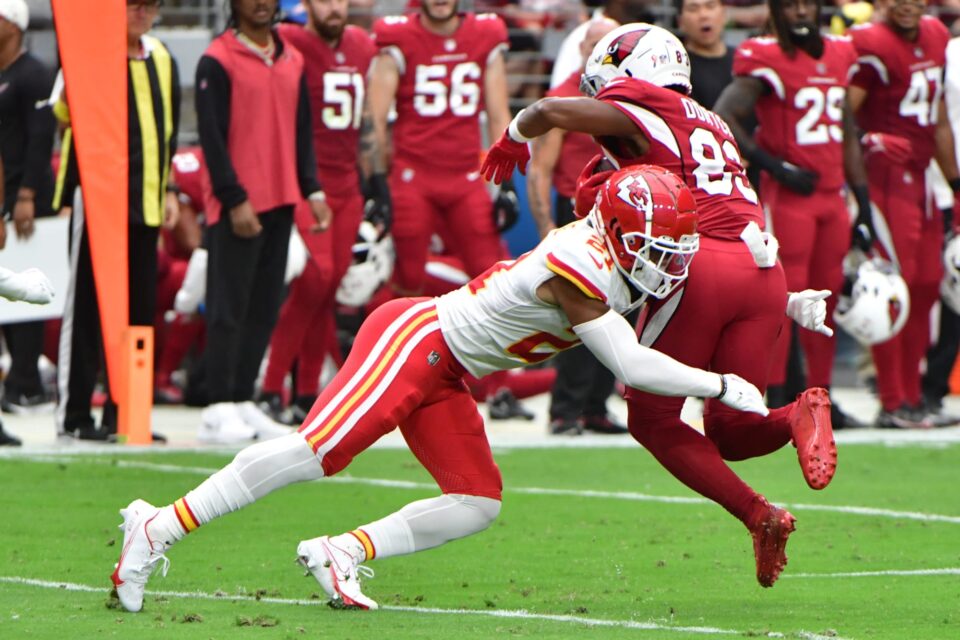 Heisman Watch 2022: How high can Tennessee’s Hendon Hooker climb? We’re about to find out by Cory McCartney

Kansas City Chiefs rookie Trent McDuffie could be back in time for the team’s Week 6 blockbuster matchup against the Buffalo Bills and Josh Allen.

McDuffie was injured against the Arizona Cardinals in mid-September, in part due to some shoddy turf work, per Andy Reid. The first-round pick succumbed to a hamstring injury.

“They resodded it, which is a good thing because they practice in there,” Reid said. “But it was a little bit loose. That’s what happens sometimes when you resod, is it’s loose.

McDuffie was placed on injured reserve following the Chiefs Week 1 win in Arizona. He and kicker Harrison Butker were the two most serious injuries due to the field problems Reid pointed out.

“It was part of the Butker injury and McDuffie injury … The turf picked up and I would tell you that that did have something to do with it. If it didn’t, I would tell you that, too. So it’s not an excuse by any means, but I mean, you all can see it. Watch the tape,” Reid continued, per ESPN.

Trent McDuffie injury update: Chiefs rookie could be back for Bills game

Per FanSided’s Matt Verderame, Kansas City expects McDuffie back by Week 6 against Buffalo.

McDuffie has been recovering well from a hamstring injury and although he’ll need to put together a good week of work, it’s possible he plays next weekend

The likes of Jaylen Watson have filled in for McDuffie, who was given a relatively big role for a rookie to start the season. With McDuffie back in the fold, the Chiefs secondary now has even more depth, and its been tested at that.