Bills, Chiefs battle it out 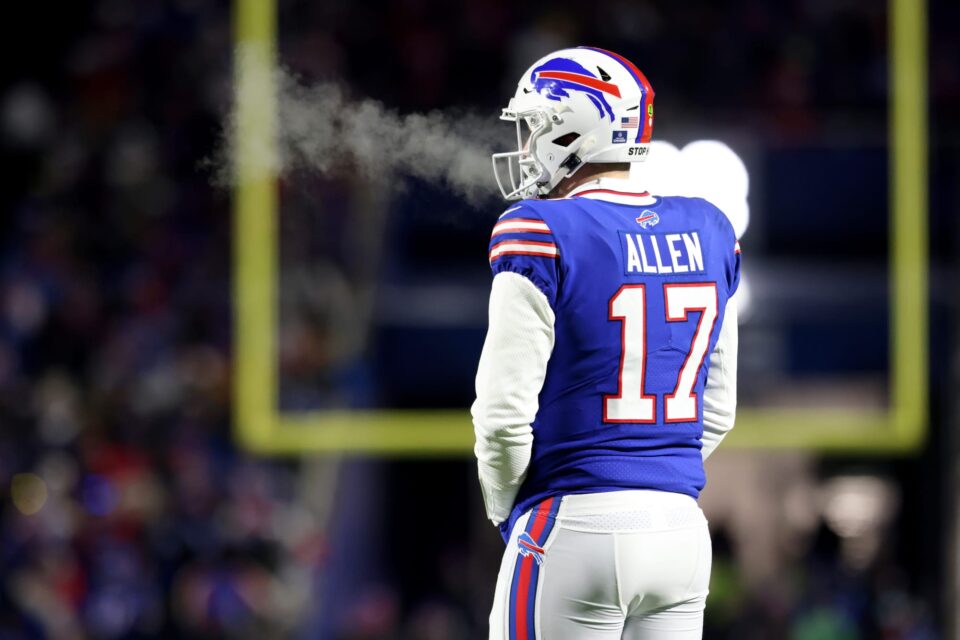 The Buffalo Bills and Kansas City Chiefs put on an epic performance in January. Now, entering September, they might well be the league’s best teams.

Name a half-dozen players on the Falcons’ roster. Go.

Seattle doesn’t have a quarterback, but it has two first-round picks in a loaded class come 2023. This might only be a blip for the Seahawks.

This entire season is about Justin Fields and how his progress goes.

Is Davis Mills the answer, or just a third-round pick who can play a little, but not enough to be a long-term starter?

This is the start of digging out from the disaster that was Dave Gettleman as general manager.

The Jets had what appears to be an excellent draft, but the roster has major issues, and Zach Wilson is currently shelved.

This is the big year for Matt Rhule, and it doesn’t look promising. The defense has issues, Baker Mayfield is average, and the offensive line has holes.

Love what Dan Campbell is building, but until the Lions find a quarterback for the long haul, they’ll struggle to compete.

The Patriots being this low is sacrilege, but the talent level is low. New England doesn’t have the difference-makers it once did.

How much difference does having an actual head coach make? I’m guessing a lot. Factor in some big upgrades in the offseason, and the Jaguars are frisky.

The Commanders have an intriguing roster, but Carson Wentz’s presence is always going to bog down the ranking.

The defense is elite. The head coach is elite. The weapons are very good. The offensive line is a football tragedy, though, and the quarterback is an unknown.

Without Deshaun Watson for 11 games, the Browns might stay around .500, but tough to see them doing more than that.

The offseason in Arizona was a drama-fest, and the roster got worse. The Cardinals will contend for the playoffs, but it’s hard envisioning a Super Bowl contender.

Some Dolphins fans will bristle at this ranking, but we need to see Tua Tagovailoa step up and become what many thought he was on draft night.

Will Kirk Cousins improve under new head coach Kevin O’Connell? Does the defense take a big step forward? Minnesota has upside, but plenty to prove.

If Jameis Winston stays healthy and avoids interceptions, the Saints can be a real player in the NFC. The rest of the roster is phenomenal in a bevy of areas.

Tennessee was the AFC’s top seed last year, and now? Maybe not a playoff team. The AFC is loaded, the Titans’ offense is one-dimensional, and Ryan Tannehill is average.

What to do with Las Vegas? The Raiders have lite weaponry and Derek Carr is poised for a huge year, but the defense is brutal sans the pass rush. Also, the AFC West is insanely tough.

The Colts won nine games last year and added Matt Ryan, Stephon Gilmore and Rodney McLeod. Indianapolis isn’t a top-tier contender, but the Colts should be a playoff team.

Should the Eagles or Cowboys be the favorites in the NFC East? Dallas has the better quarterback, which might trump Philadelphia having a slightly superior roster.

Can the Cowboys cut down on penalties and overcome the losses of Amari Cooper and Randy Gregory? It’ll take a great year from Dak Prescott.

Denver is the biggest wild-card in the AFC. Russell Wilson is a huge upgrade, but is the defense regressing? Is the division too tough? What to make of Nathaniel Hackett as a head coach?

And now for the NFC’s biggest wild-card. If Trey Lance is excellent, the Niners are a Super Bowl team. If he struggles, they could miss the playoffs altogether.

No team has better top-end talent than the Chargers. Now, the big questions: is the depth good enough, and will Los Angeles finally start winning the big games?

Don’t sleep on the Ravens. They’re loaded defensively and Lamar Jackson remains one of the league’s most dangerous quarterbacks.

Don’t buy the regression argument. The Bengals have a tough schedule. They also have Joe Burrow, Ja’Marr Chase, Tee Higgins and Tyler Boyd.

The defending champs at No. 5? The Rams lost pieces this offseason, and while they’re terrific, they hit an inside strait to some degree in the postseason.

The Bucs are enduring a tough offseason, and considering their age, this season could go sideways. However, don’t count against Tom Brady and a talented roster.

Davante Adams is great, but the Packers still have Aaron Rodgers, a loaded defense, an excellent coach, an easy division and fantastic infrastructure. They’ll be fine.

The Chiefs aren’t going anywhere. Patrick Mahomes has the league’s best offensive line, a plethora of weapons and a young, talented defense.

The Super Bowl favorites. It’s time to win a title in Buffalo. Nothing else is good enough.