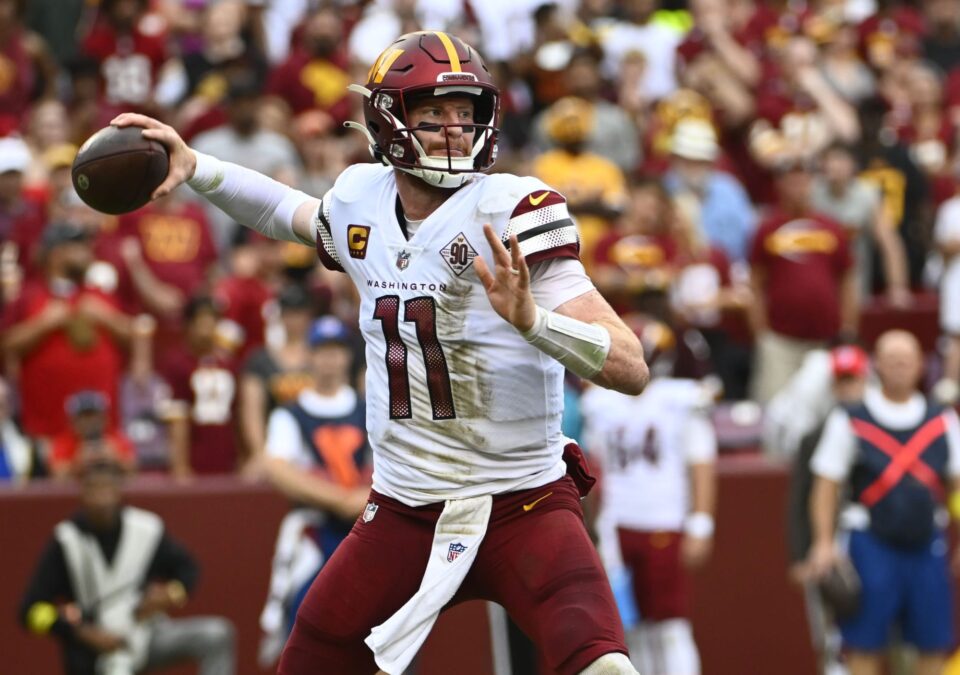 After a Week 1 full of surprises, duds, crazy finishes, and upsets, it’s time for Week 2 of the NFL season and a brand new week of DraftKings lineups.

It’s Week 2 of the NFL and fantasy football season, and it’s time for another week of DraftKings lineups. Using a combination of value and upside, we’re able to build a lineup that has plenty of explosive playmaking ability, but also has a stable floor.

Carson Wentz performed admirably in his first Commanders’ start, completing 27-of-41 passes for 313 yards and four touchdowns and two interceptions. He looked as good as he did at any point last year with the Colts, which isn’t saying much.

While it’s just one game, Wentz looks to fit this Washington offense, and he has a solid matchup ahead in the Detroit Lions, who just allowed Jalen Hurts to scorch them at every angle. I like Wentz’s low price here, which will allow us to build out our team while having a quarterback capable of having a day like Wentz did last week.