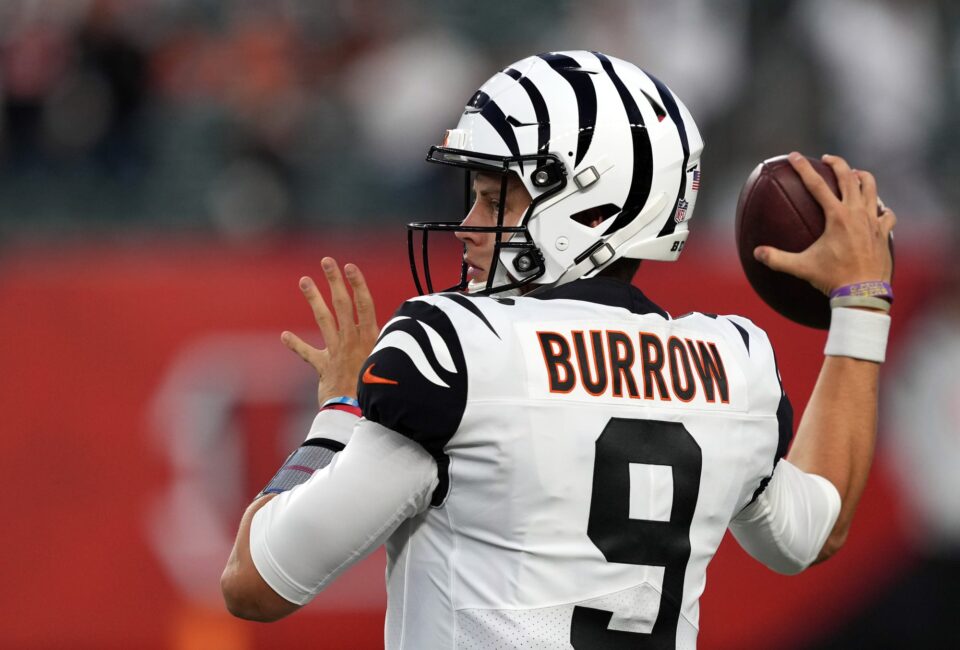 Kinnick Nightmares: Why Michigan is in trouble against Iowa, atrocious offense and all by Alicia de Artola

The Cincinnati Bengals debuted their all-white uniforms on Thursday Night Football against the Miami Dolphins.

Ahead of the 2022 NFL season, it was revealed that the league would allow teams to wear alternate helmets for the first time in nearly a decade. A variety of teams jumped at the opportunity, one of them being the Cincinnati Bengals. There has been a debate that the Bengals have white helmets to match their white color rush uniforms.

Well, the day has finally arrived.

For their Week 4 matchup against the Miami Dolphins, the Bengals debuted their new alternate helmets paired with their color rush uniforms. Here are the results:

Cincinnati’s new uniform combination was a topic of discussion on social media. There were fans, in addition to some critics.

The Bengals are wearing all white uniforms tonight. I hope they can rush for 465 yards like we did against Washington when we wore the storm troopers for the first time. pic.twitter.com/C9KhAgDx4u

Cincinnati’s “White Bengal” uniform is the best one ever created in NFL history. Just magnificent.

I know the Bengals white uniforms are awesome, but I really like the end zones

The team did not just stop at the helmets. The midfield logo at Paycor stadium was painted white and black, in addition to both end zones. That, and fans were urged to wear whtie for the Thursday Night Football game, much like the New York Giants asked their fans for their Monday Night Football game against the Dallas Cowboys.

Cincinnati’s new helmets may have brought the team good luck. On the opening drive of the game, the Bengals 12-play drive, which included big receptions by tight end Hayden Hurst and wide receiver Tee Higgins. The final play saw Joe Mixon rush for a five-yard touchdown, with a push from his offensive line, to give Cincinnati an early 7-0 lead.

So what do you think? Are you a fan of Cincinnati’s new uniform combination?