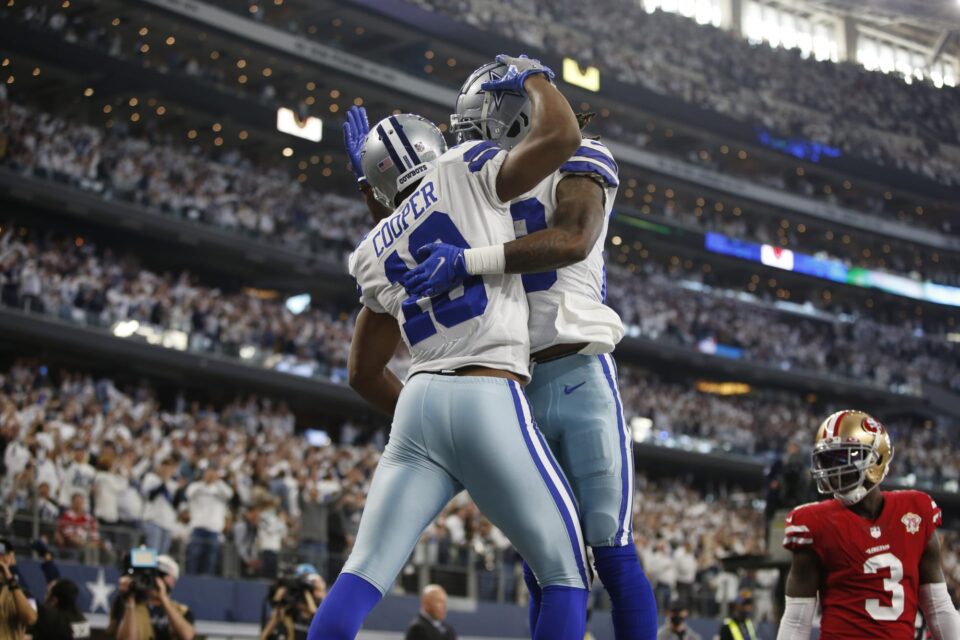 After the Jalen Reagor trade to the Vikings the compensation the Dallas Cowboys got for Amari Cooper looks even worse than it initially did.

When the Dallas Cowboys moved wide receiver Amari Cooper to the Cleveland Browns in March, some said they didn’t get enough back. Cooper was likely to be a cap casualty with the team, which could be why compensation wasn’t more.

But after Wednesday’s trade of Jalen Reagor from the Eagles to the Vikings, the Cooper trade looks even worse for Dallas.

The #Cowboys traded Pro-Bowl WR Amari Cooper for a 5th round pick.

The #Eagles traded first round bust WR Jalen Reagor for a conditional 4th round pick and a 7th round pick.

In two seasons with the Eagles, former first-round pick Reagor accumulated just 635 total receiving yards in 28 games. In Cooper’s eight seasons in the NFL, he never had a season where he finished with less than 680 yards in his worst season.

It makes sense to move on from Cooper’s deal with the other pass catchers in Dallas but not getting a better return is hard to swallow.

Time will tell if Cooper can thrive in Cleveland under coach Kevin Stefanski but it is clear that players like Reagor should not be fetching a better return. Could this be a sign of Jerry Jones pulling the trigger on a deal to get rid of a player as soon as possible?

Maybe Reagor pans out for the Vikings and proves he is worthy of the compensation given up by Minnesota. We will see when the 2022 NFL season unfolds but right now Cowboy fans are left wondering why a proven player like Amari Cooper was traded for just a fifth-round pick.