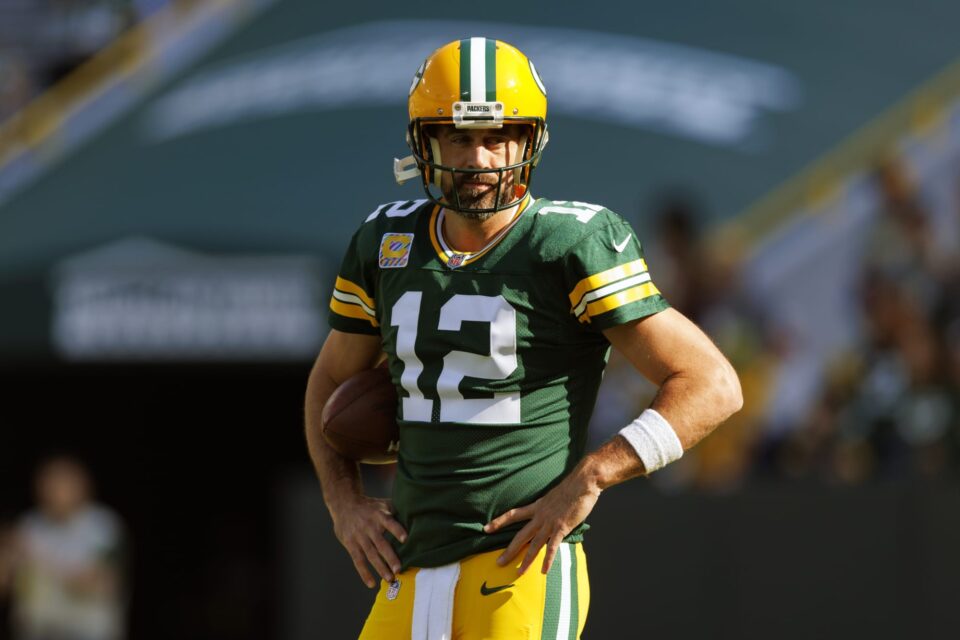 The Green Bay Packers were 2-1 entering Week 4, and looked to make it three wins in a row with a victory over the New England Patriots. They were seemingly at an advantage, since Patriots quarterback Mac Jones was not playing, and Brian Hoyer was. But, they were in for quite the competitive game.

At one point, with the team trailing 24-17, quarterback Aaron Rodgers really wanted his center to snap the ball. That was because the Patriots defense was not ready, and their offense was running the hurry-up. Rodgers could be heard screaming on the hot mic “snap the f–king ball!”

The Packers were not able to get the snap off, as there was an injury timeout for a Patriots player.

Green Bay’s drive did have a positive end result for Rodgers. On third-and-three, Rodgers threw a 13-yard touchdown pass to rookie wide receiver Romeo Doubs to tie the game at 24 points apiece. That was also Rodgers’ 500th-career touchdown pass, becoming the fifth player in NFL history to accomplish this feat.

Packers fans had to be frustrated throughout the game, watching as the team battled tooth and nail against New England’s third string signal caller and rookie fourth-round draft pick. Rodgers was frustrated as well, desperately wanting to get a snap off to catch New England’s defense off guard.