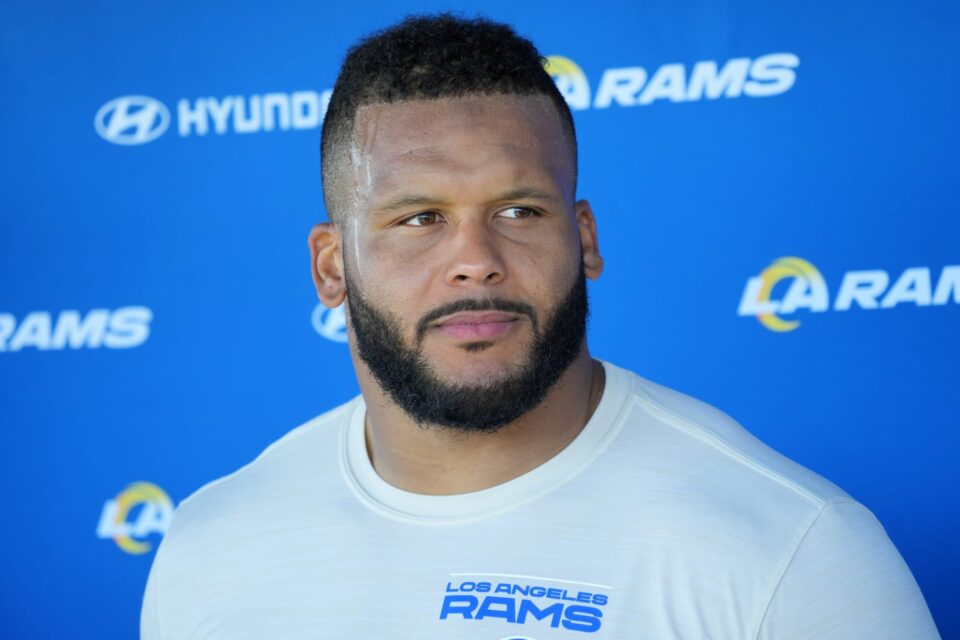 Will Aaron Donald get the Myles Garrett treatment? by Matt Verderame

Rams DT Aaron Donald declined to speak to the media after swinging helmets at Bengals players during a joint-practice brawl.

Fans and media may want to know Aaron Donald’s side of the story from Thursday’s fight with the Bengals but they aren’t going to get it right now.

“Aaron Donald was scheduled to speak with reporters after practice but was not made available. He declined, through a team spokesperson, a request to meet with beat reporters at team hotel. Team deferred comment to McVay’s post-practice comments,” Gary Klein of the Los Angeles Times tweeted.

What were McVay’s postpractice comments?

“I don’t know exactly what instigated it. I think in some instances teams defending each other,” McVay said via Klein on Twitter. “Fortunately, my understanding is nobody got hurt and we’ll move on from it. Not going to make a bigger deal than what it is. Not going to look at pointing fingers.”

Bengals head coach Zac Taylor had similar comments about moving on from the incident.

Donald will have to speak to the media eventually but for now he won’t have to address the incident.

The bigger question is whether the Rams or the NFL will step in to levy a suspension against him for the same action that got Myles Garrett of the Browns suspended for six games.