5 bold predictions for Cowboys against Buccaneers 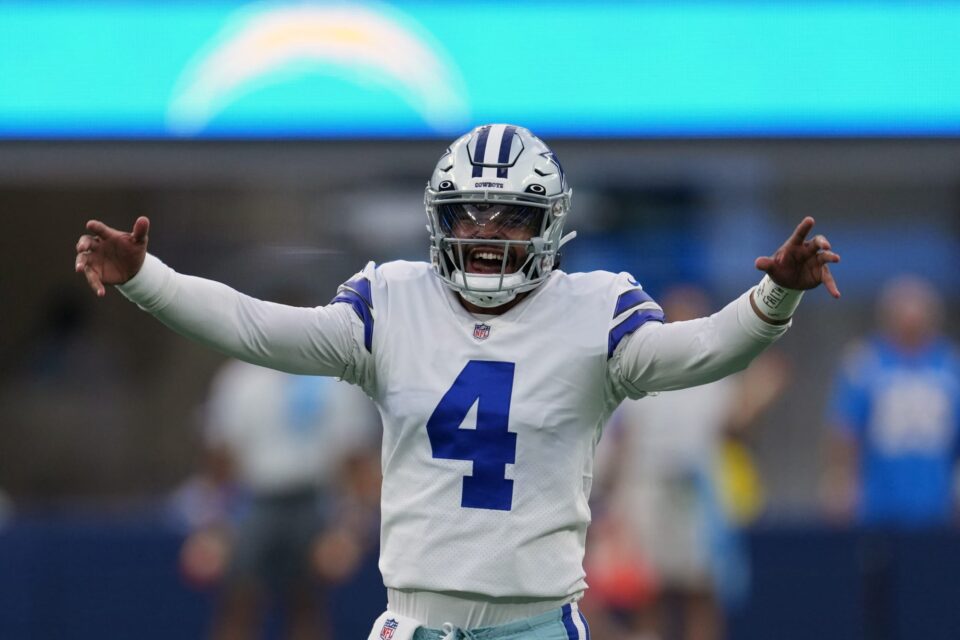 The Cowboys need to start off hot against the Buccaneers in Week 1. Here are five bold predictions on how Dak Prescott and his teammates will perform.

Cowboys fans don’t have to wait long to see their favorite team feature in a high-profile game. Dallas welcomes Tom Brady and the star-studded Buccaneers to town in one of Week 1’s most intriguing NFL matchups.

The pressure will be on Dak Prescott and his teammates to show up big on the big stage. It may be unfair to bill this as a duel between Prescott and Tom Brady but that’s how many fans will view the game. Of course, Prescott will need a lot of support from the entire roster if his team is going to spring the upset.

Here are five bold predictions on how the Cowboys will play under the bright lights of Sunday Night Football.

5. Dalton Schultz will lead the Cowboys in receptions

Some fans might question the Cowboys’ decision to franchise Schultz, but it’s a clear indication of how much the team’s decision-makers value his production. It’s safe to assume he will be an integral part of Mike McCarthy’s game plan when Week 1 arrives.

Schultz might lack the foot speed to be a prolific big threat, but he’s an accomplished route runner who excels at finding space against opposing secondaries. He won’t torch the Buccaneers’ secondary on deep balls, but he’s going to help Prescottget the ball out of his hands quickly against Tampa’s talented front seven. The end result will see Schultz flirting with 10 catches on his way to leading his offense in receptions on Sunday night.