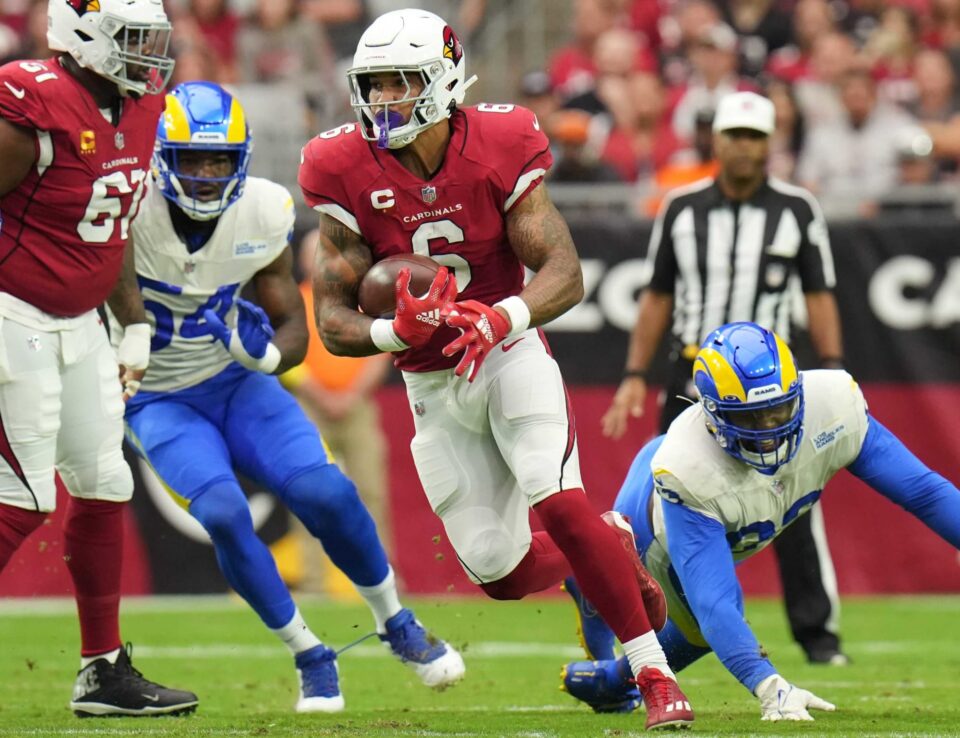 Matchups in fantasy football are important. From Najee Harris to Amari Cooper, Week 4 has some potentially exploitable matchups.

Finding exploitable matchups in fantasy football can be crucial to success week to week, whether it’s season-long leagues or daily lineups. Having a good player lined up with a good matchup can make your life easier on gameday. Here are five players with exploitable matchups.

James Conner hasn’t necessarily been the fantasy producer that managers drafted him to be in 2022. After dominating in 2021, he’s been off to a sluggish start — much like the rest of Arizona’s offense. He’s totaled 90 yards on 30 carries, and hasn’t added much through the air.

However, this is a good week for Conner and the rest of the Cardinals’ offense to rebound. Conner is going up against the Carolina Panthers, who have allowed the 16th-most fantasy points to running backs in 2022, and haven’t looked very good themselves. This will likely be a competitive game, and the Cardinals will need offensive production to win out.

Conner has the talent and the volume to be a legitimate fantasy producer. He’ll have to improve on what he’s done through three weeks and make better use of the solid volume he’s getting. Until then, he’s a low-end RB2. However, this matchup increases his outlook this week.