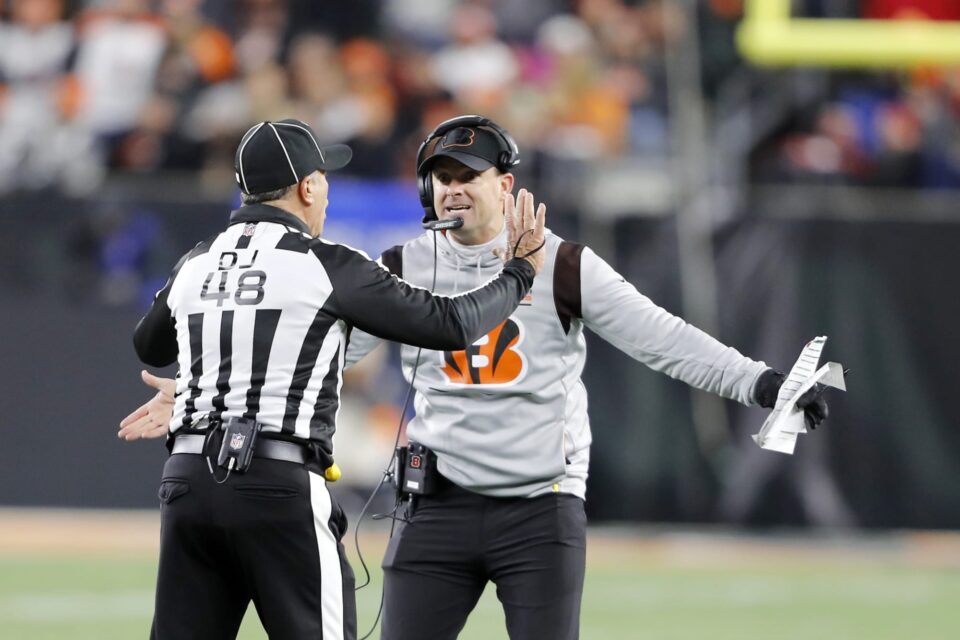 CHARLOTTE, NORTH CAROLINA – DECEMBER 12: Head coach Matt Rhule of the Carolina Panthers looks on during the second quarter of the game against the Atlanta Falcons at Bank of America Stadium on December 12, 2021 in Charlotte, North Carolina. NFL worst calls (Photo by Lance King/Getty Images)

The NFL season is back, and so are the refs! While the former brings plenty of excitement, the latter will only hurt your favorite team.

Every new NFL season always includes some bizarre rule changes, and this year will be no exception. Yet, it’s my job to teach you of these alterations to the game we all love as they transpire.

Week 1 didn’t necessarily include any examples of this, but perhaps some extra emphasis of rules that did exist, and were never enforced.

So much happened this week, I’m not sure where to start:

You’re welcome for the Week 1 recap, but let’s be real, that’s not why you’re here. Here are the three worst calls from this week in the NFL.

The Browns — kings of the moral high ground — were able to spoil the possible revenge for Baker Mayfield and Co. Sounds great for Cleveland, right?

Not so fast, my friend.

When moving the ball into range for a last-second field goal, Cleveland quarterback Jacoby Brissett had a bizarre fake spike attempt just before he actually clocked the ball, thus stopping the timer.

On the surface, no one really batted an eye. The Browns stopped the clock at 13 seconds and made a game-winning kick shortly thereafter courtesy of rookie Cade York.

The Browns faked a spike and then actually spiked the ball, which is against NFL rules

The refs did nothing about it, and the Browns then kicked the GW FG pic.twitter.com/GAlqn8vPw7

This, technically, is against NFL rules.

Rule 8, Section 2, Article 1, Item 4 of the NFL rulebook says that any player…“after delaying his passing action for strategic purposes, is prohibited from throwing the ball to the ground in front of him.”

That, it would appear, should include this fake spike attempt that the Browns and Brissett got away with. Cleveland will take the win, as it’s only their first of many tough matchups without the star quarterback they traded for in Deshaun Watson. As for the Panthers? Matt Rhule’s team has a legitimate gripe.