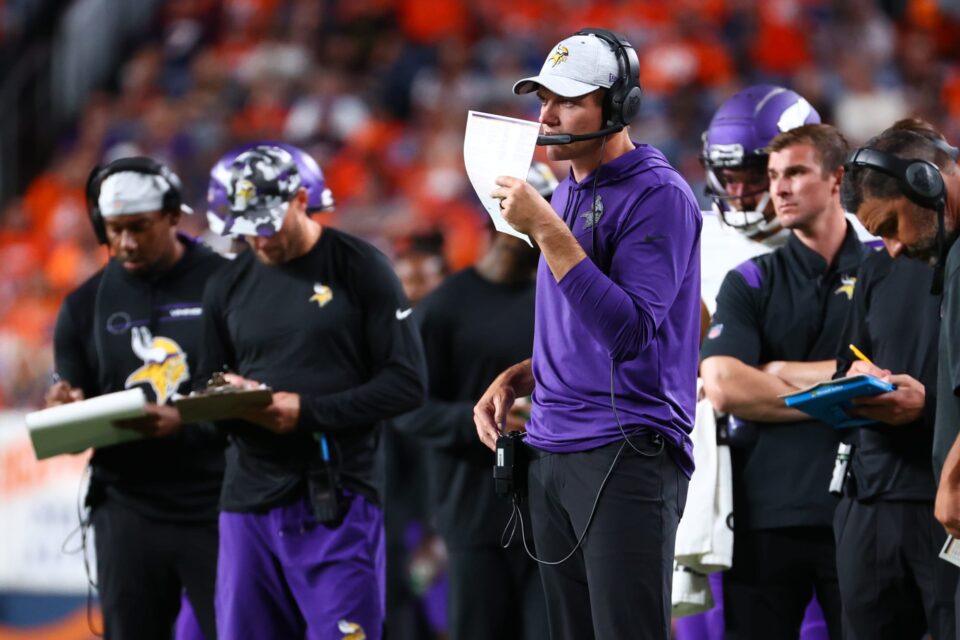 The Minnesota Vikings’ preseason is finished. Here are three veterans who may not make it onto the Week 1 roster.

The Minnesota Vikings‘ preseason is officially over, where they finished with an 0-3 record. Let’s face it, a record in the preseason is far from indicative of how the season will go for an NFL team. These games are used to determine who will make the opening week roster for the upcoming campaign.

General manager Kwesi Adofo-Mensah and head coach Kevin O’Connell have decisions to make regarding who they want on the roster heading into their Week 1 game against the Green Bay Packers.  They have to finalize their 53-player roster on Tuesday, Aug. 30. With that, there will be some difficult choices to make. It could be parting ways with a draft pick from a year ago, or a veteran. Here are three players who may not make the Week 1 roster.

Minnesota’s starting offensive line is virtually set. Christian Darrisaw and Brian O’Neill will start at their respective tackle positions, while Ezra Cleveland, Garrett Bradbury, and rookie Ed Ingram will be on the inside of the offensive line. With those five spots open, that means there are only so many backup options to have on the roster, and it is possible Timon Parris gets cut.

Looking at the depth chart on the Vikings’ website, he is listed as a third-string offensive tackle.  With the tackle positions virtually set, the team may prioritize keeping depth at guard and center. Either way, a roster spot for Parris does not look attainable.