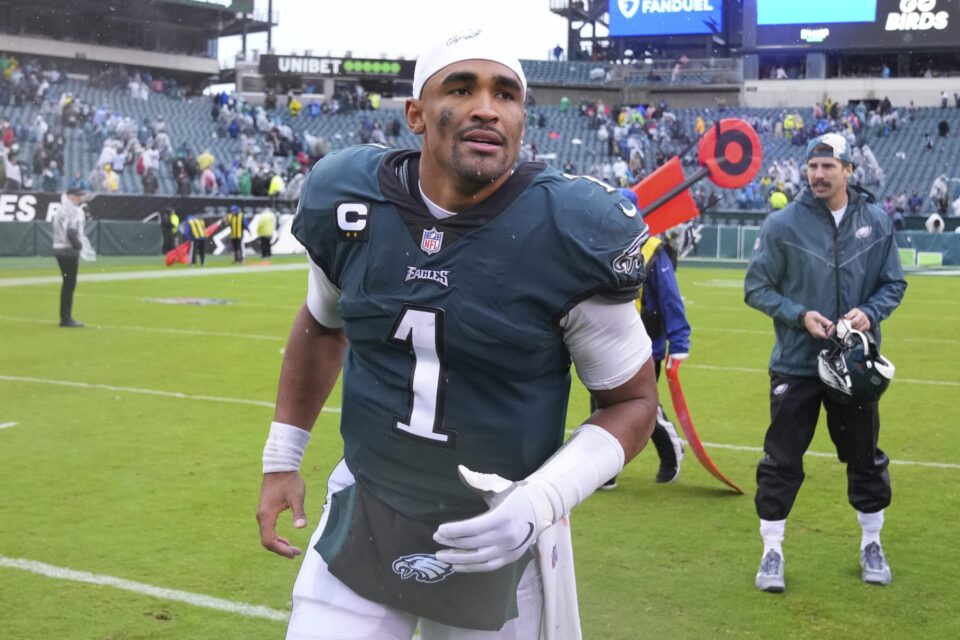 HOUSTON, TEXAS – OCTOBER 02: Sony Michel #20 of the Los Angeles Chargers rushes with the ball against the Houston Texans at NRG Stadium on October 02, 2022, in Houston, Texas. (Photo by Bob Levey/Getty Images)

The Miami Dolphins and Philadelphia Eagles are among the NFL teams that find themselves on upset alert entering Week 5 of the season.

There may not be a better sign of parity in the NFL this season than the fact that we entered October with just one undefeated team. The Philadelphia Eagles managed to get to 4-0 but everyone else in the league has at least one defeat through four weeks, which has featured plenty of upsets in the early going.

The Cleveland Browns were notable upset victims last week, falling in Atlanta to a suspect Falcons team in a game that could cost them dearly down the road. Let’s take a look at three more teams that should be on upset alert in Week 5, beginning with the Los Angeles Chargers.

3. NFL Teams That Should Be On Upset Alert In Week 5 – Los Angeles Chargers

It has been a bit touch and go for the Chargers over the first month of the season as they are just 2-2 over four weeks despite playing their last two games against the Jacksonville Jaguars and Houston Texans. A lingering rib injury has bothered star quarterback Justin Herbert while several other key players are also out with injuries of their own.

The Chargers hit the road again this week as three-point favorites against the Browns, who are going to be desperate to win this game with a brutal schedule lying ahead of them. Travel could also be an issue here for the Chargers, who will be flying East to play this game in the early window, which is never easy for a West Coast team.

There is no question that the Chargers remain a more talented team than the Browns, which is why they are favored in the game. Avoiding the upset will also require more mental fortitude from Los Angeles, a trait they haven’t demonstrated much of in their franchise history.