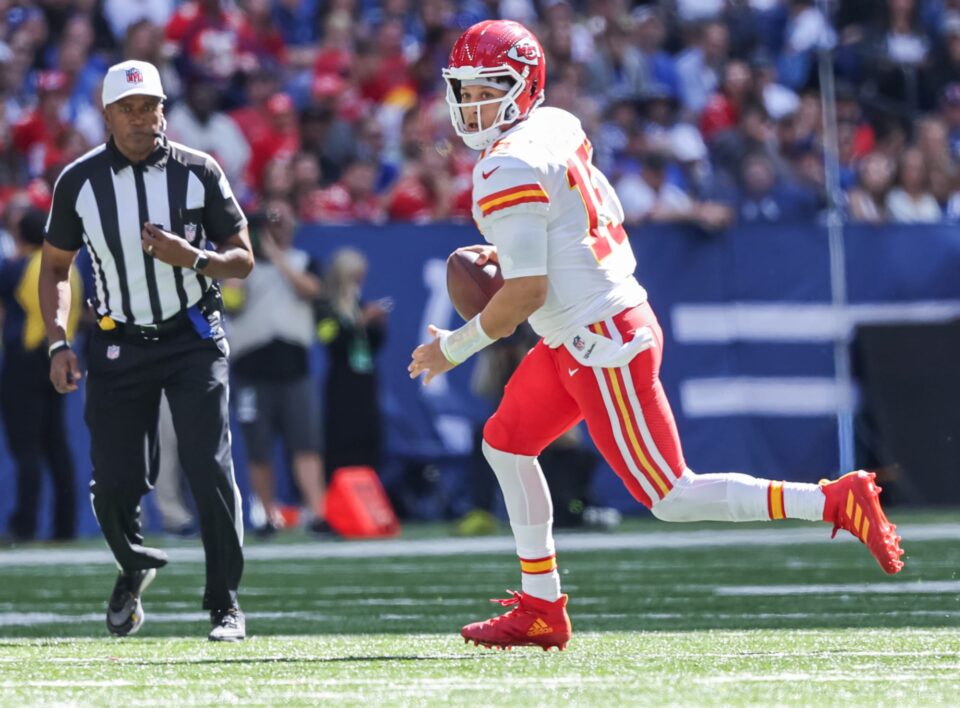 INDIANAPOLIS, IN – SEPTEMBER 25: Patrick Mahomes #15 of the Kansas City Chiefs runs the ball during the game against the Indianapolis Colts at Lucas Oil Stadium on September 25, 2022 in Indianapolis, Indiana. (Photo by Michael Hickey/Getty Images)

The Los Angeles Chargers and Kansas City Chiefs are among the NFL teams that should be on upset alert in Week 4 of the season.

Week 3 was a humbling one for NFL teams and experts, who quickly learned that we don’t actually know anything about the sport of football. There were plenty of dramatic upsets around the NFL in Week 3, including the Kansas City Chiefs getting tripped up thanks to some untimely mistakes in Indianapolis.

The season is set to move into October after Thursday night’s game so we are closing in on the conclusion of the first quarter of the year. Let’s take a look at three teams who need to be careful this week to avoid getting upset, a lesson that the Buffalo Bills did not heed last week.

3. NFL Teams That Should Be On Upset Alert In Week 4 – Kansas City Chiefs

It’s hard to believe a kicker can be incredibly valuable in the NFL but the Chiefs have missed Harrison Butker dearly. Kansas City’s replacement for the injured Butker, Matt Ammendola, missed a key extra point and field goal in the loss to the Colts and was released earlier this week.

The good news for Kansas City is that they are still 2-1 as they head to Tampa Bay for a Super Bowl LV rematch against the Buccaneers. The Chiefs enter the matchup as 1.5-point road favorites, which is a dangerous place to be against a team quarterbacked by Tom Brady.

Tampa Bay has also been ferocious defensively all season long, limiting their opponents to a combined 27 points in their first three games against the Dallas Cowboys, New Orleans Saints and Green Bay Packers. That is a problematic recipe against a Chiefs’ team trying to find its new identity without Tyreek Hill and could lead to an upset if Kansas City isn’t ready to deal with Tampa Bay’s defensive scheme.