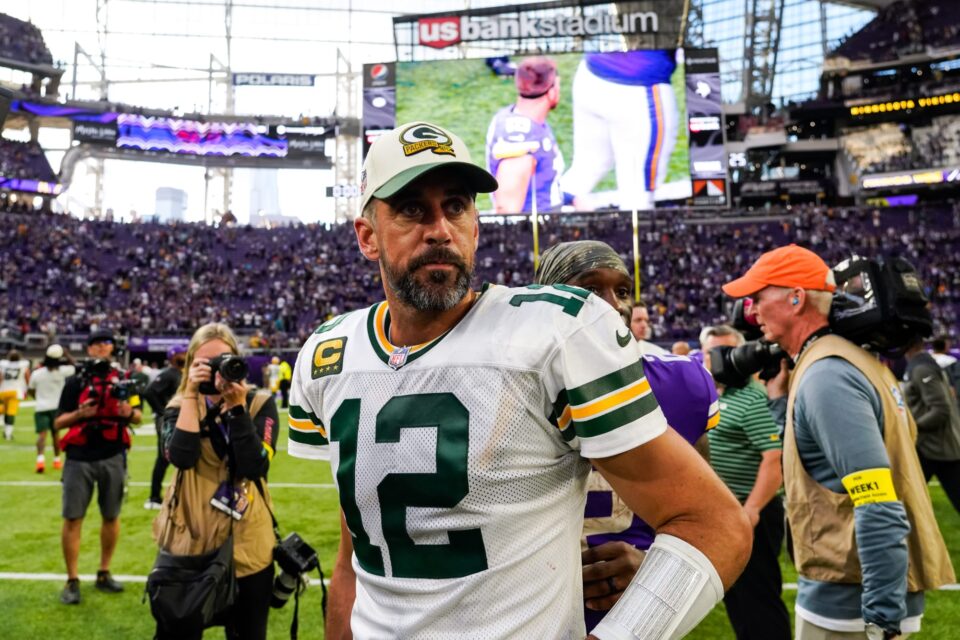 MINNEAPOLIS, MINNESOTA – SEPTEMBER 11: Aaron Rodgers #12 of the Green Bay Packers on the field during the first quarter in the game against the Minnesota Vikings at U.S. Bank Stadium on September 11, 2022 in Minneapolis, Minnesota. (Photo by David Berding/Getty Images)

The Green Bay Packers are adjusting to life without Davante Adams. That means it’s on Aaron Rodgers to take his game to another level.

With that in mind, let’s take a look at some ways Rodgers can up his level of play prior to Week 2, when Green Bay will take on the Chicago Bears. Rodgers has previously claimed to “own” the Packers biggest rival, and it’s easy to see why — the stats don’t lie. But Week 2 represents a dangerous scenario for Green Bay.

Should the Packers lose, they’d fall two games behind the Bears (and perhaps the Vikings), while both teams would have the head-to-head advantage. That cannot happen.

Green Bay’s running game may have been the only positive takeaway from their Week 1 performance offensively.

The Packers averaged 6.2 yards per rush, scoring their only touchdown in the process. Both Aaron Jones and A.J. Dillon looked like legitimate threats to break for a score at any given moment, with Jones averaging nearly 10 yards per carry.

The problem? Well, Matt LaFleur and Co. only ran the ball on 18 occasions. Much of that had to do with the nature of the game, of course. The Packers were down early and often. But if Rodgers wants to ensure a Week 2 win against Chicago, they must trust the run game, especially as their young receivers continue to gain footing.

Adams isn’t walking through that door. Jones and Dillon, meanwhile, can be trusted.