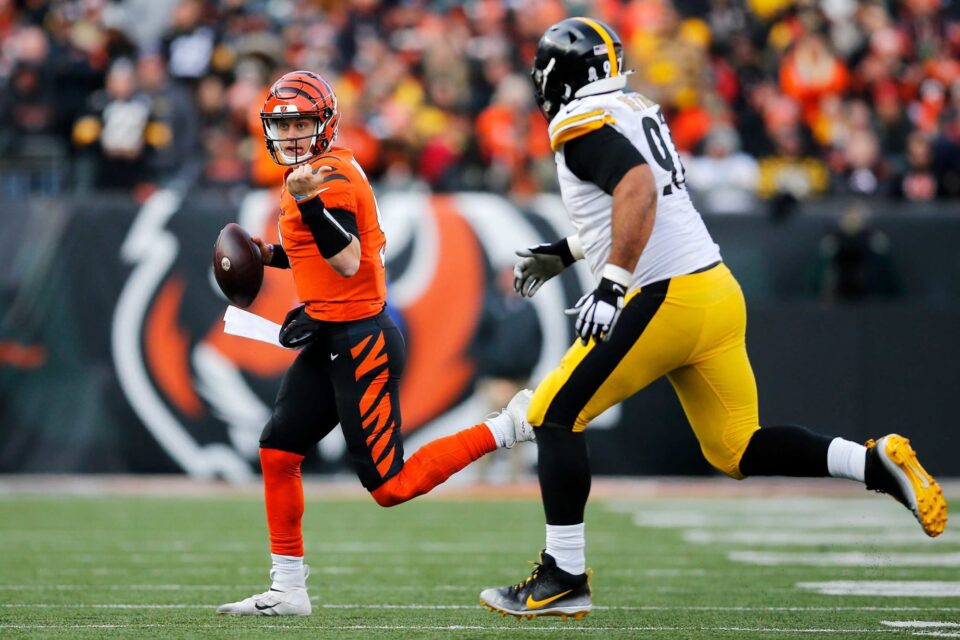 The 2022 NFL season is underway and here are 3 bold predictions for the Week 1 Steelers vs. Bengals AFC North showdown in Cincinnati.

Week 1 of the 2022 season kicked off with the Buffalo Bills beating the defending Super Bowl champion Los Angeles Rams on Thursday night.

With a full slate of NFL action coming this weekend the AFC North has a divisional game in week one in Ohio with the Steelers vs. Bengals.

3 bold predictions for the Steelers vs. Bengals Week 1 matchup

It was no secret that the Cincinnati Bengals offensive line was the weak link in last year’s Super Bowl team.

The Bengals set out to improve that line and protect franchise quarterback Joe Burrow. They invested significant money to do so.

La’el Collings when healthy is one of the league’s best right tackles and it will show when the Bengals take the field just how much better he is on the right side.

Ted Karras and Alex Cappa are better players than the 2021 Bengals had but they are not at the top of their respective positions. They will be tasked with playing one of the better defensive lines in the Pittsburgh Steelers.

Alex Highsmith, Cam Heyward, and TJ Watt will be a lot to handle on Sunday and though I think the Bengals offense will score plenty I think early on there will be growing pains with the new line.

Overall by the end of the season, they will be in the top half of the league but I think they will struggle with this Week 1 matchup.