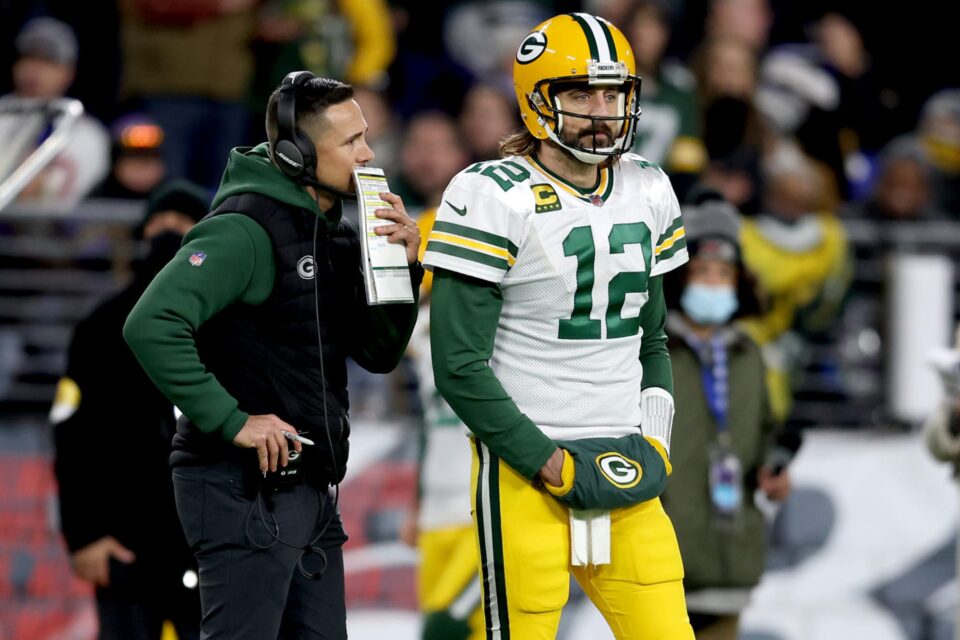 GREEN BAY, WISCONSIN – JANUARY 02: Aaron Jones #33 of the Green Bay Packers runs with the ball against the Minnesota Vikings in the first half at Lambeau Field on January 02, 2022 in Green Bay, Wisconsin. (Photo by Patrick McDermott/Getty Images)

Matt LaFleur’s team has won the NFC North three straight years but little else. Could things be different for the Green Bay Packers in 2022?

When you win 13 regular-season games three consecutive seasons, capture a division title each year and wind up with the top seed in your conference in both 2020 and 2021, you would figure that one of those campaigns would result in playing a game on Super Sunday.

But that just hasn’t materialized for Matt LaFleur’s Green Bay Packers. Three years on the job and he and the team own a 39-10 regular-season record but a 2-3 postseason slate over that span. The latest example was a humbling 13-10 home loss to the wild card 49ers in the 2021 NFC Divisional Playoffs.

So it’s time to try again. The team has made a few changes, some more significant than others. Which brings us to the following forecast.

He led the team in catches each of the past five seasons. But All-Pro wide receiver Davante Adams is now a member of the Las Vegas Raiders that netted Green Bay first- and second-round picks in 2022. And for the past 20 seasons dating back to 2002, a wideout has led the Packers in receptions each year.

You have to go back to 2001 when Brett Favre was the quarterback and running back Ahman Green hauled in 62 passes. As Aaron Rodgers gets to know some of the new faces on his pass-catching corps, don’t be stunned if versatile Aaron Jones – second on the team with 52 catches in 2021 – winds up topping the club in receptions.