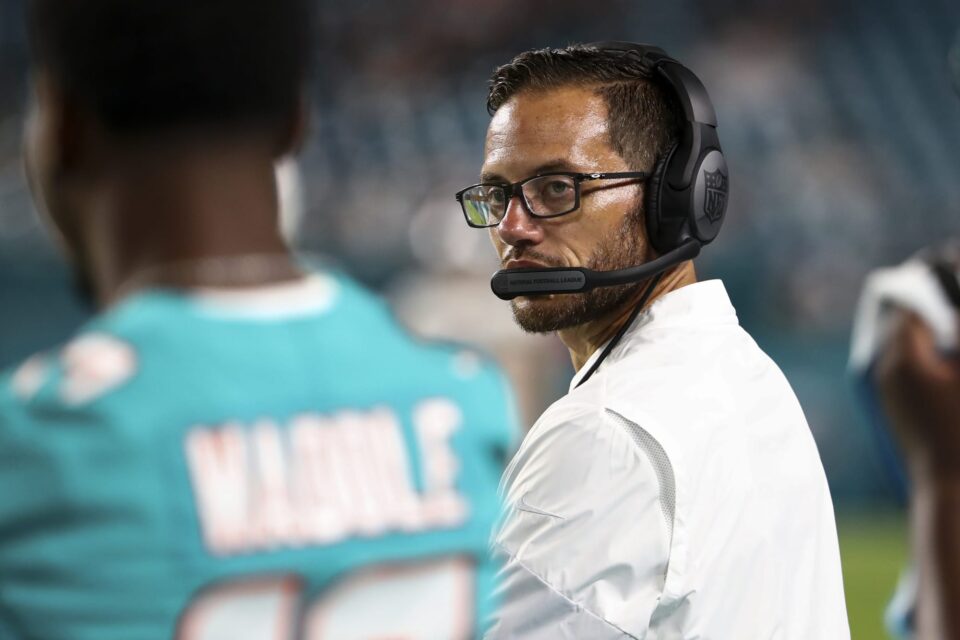 The Miami Dolphins have posted consecutive winning seasons but neither resulted in a playoff berth. New head coach Mike McDaniel has a talented squad.

It was a very active offseason in South Florida. It began with the dismissal of the head coach and the hiring of a fresh face. The Miami Dolphins are now under the guidance of Mike McDaniel. General manager Chris Grier added new offensive weapons for young quarterback Tua Tagovailoa. The trade for speedster Tyreek Hill and the free-agent addition of wide receiver Cedrick Wilson should open things up all over the field. The offensive line and backfield have a new look as well.

Elsewhere, the defense took a step forward in 2021. This is a club that knows how to make the big play on this side of the ball. The Dolphins came up an NFL-high 29 takeaways in 2020 and followed that up by forcing 26 turnovers a year ago. Expectations are high regarding this club. So are the following predictions unrealistic?

3. Dolphins finish in NFL’s top half in rushing

While this may not sound like an amazing feat, it would be a dramatic turnaround for a team that has struggled to run the football for far too long. A year ago, only the Houston Texans and Atlanta Falcons gained fewer yards on the ground than the NFL team from South Florida.

There are new faces in the backfield in Chase Edmonds and Raheem Mostert. The offensive line has been bolstered by free-agent additions in left tackle Terron Armstead and center Connor Williams. This ground attack will be much-improved in 2022.