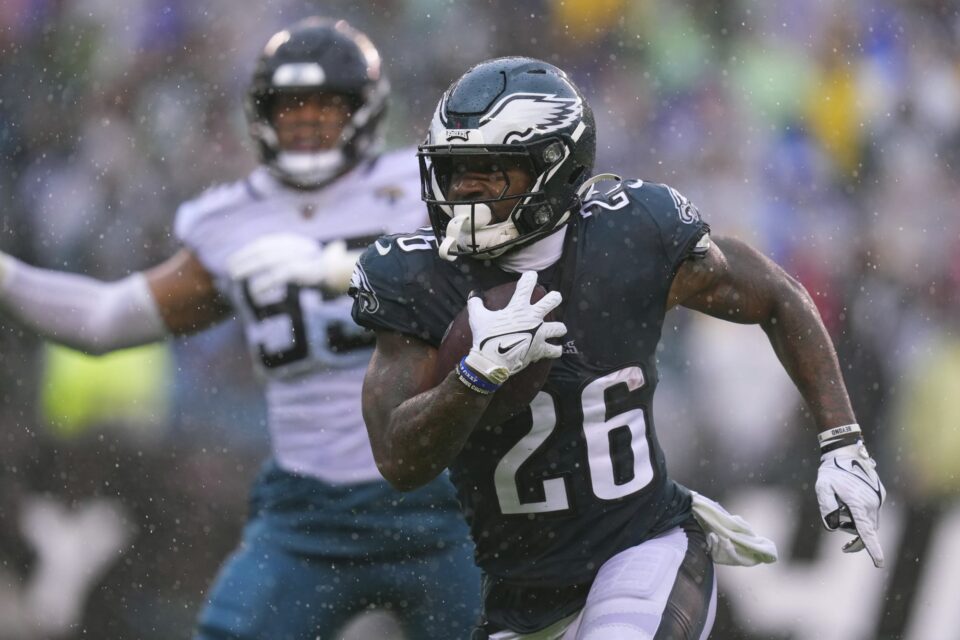 PITTSBURGH, PENNSYLVANIA – OCTOBER 02: Kenny Pickett #8 of the Pittsburgh Steelers celebrates after scoring a touchdown in the third quarter against the New York Jets at Acrisure Stadium on October 02, 2022 in Pittsburgh, Pennsylvania. NFL Power Rankings (Photo by Joe Sargent/Getty Images)

The NFL is down to one 4-0 team in 2022. Meanwhile, there was some more shuffling when it came to this week’s NFL Power Rankings?

Talk about a wild start to a season? The Philadelphia Eagles are the only club not to lose in 2022. And the Houston Texans are all alone when it comes to winless teams in the league.

But what may be a little more startling is the fact that only eight teams sport winning records after four weeks of play. And three of those clubs reside in the NFC East. All told, 15 of the 32 teams own 2-2 record – including all four squads in the NFC West.

It makes for some interesting decisions when it comes to the latest NFL Power Rankings.

Ron Rivera’s team was hoping to avoid a third consecutive loss as the Commanders traveled to Dallas. It was another tough day for the Washington offense, despite the fact that the club was able to run for 142 yards.

Carson Wentz threw for only 170 yards and one score but was sacked twice and served up two more interceptions. The Commanders’ defense didn’t put a lot of heat on Cooper Rush. Rivera’s club has just one takeaway in four games.

A week ago, the Panthers surprised the Saints. Now the club was at home for the third time in four weeks and welcomed the Cardinals to Charlotte.

Matt Rhule’s team opened the scoring as linebacker Freddie Luvu took back a Kyler Murray interception 33 yards for a touchdown in the second quarter. But the Carolina offense was basically a no-show, totaling only 220 yards (40 rushing) while quarterback Baker Mayfield turned over the ball three times.

Lovie Smith’s club was coming off a heartbreaking loss at Chicago. But the Texans were back home and welcomed the talented Chargers to Houston. Smith’s team found itself down 21-0 in the second quarter and trailed 27-7 at intermission.

The Texans responded with 17 straight points to close the gap to three points but fell short again. Rookie Dameon Pierce ran for 131 yards and one TD. But the Texans are the only team in the league without a win.

Down 10-6 at intermission, Mike Tomlin opted for rookie quarterback Kenny Pickett in the second half and he certainly sparked the offense with a pair of rushing touchdowns. But he also had his share of miscues.

And including a “Hail Mary” attempt on the final play of the game was picked off three times as the bounces did not go the team’s way. The Steelers blew a 10-point fourth-quarter lead and are now 1-3 for the second consecutive year.