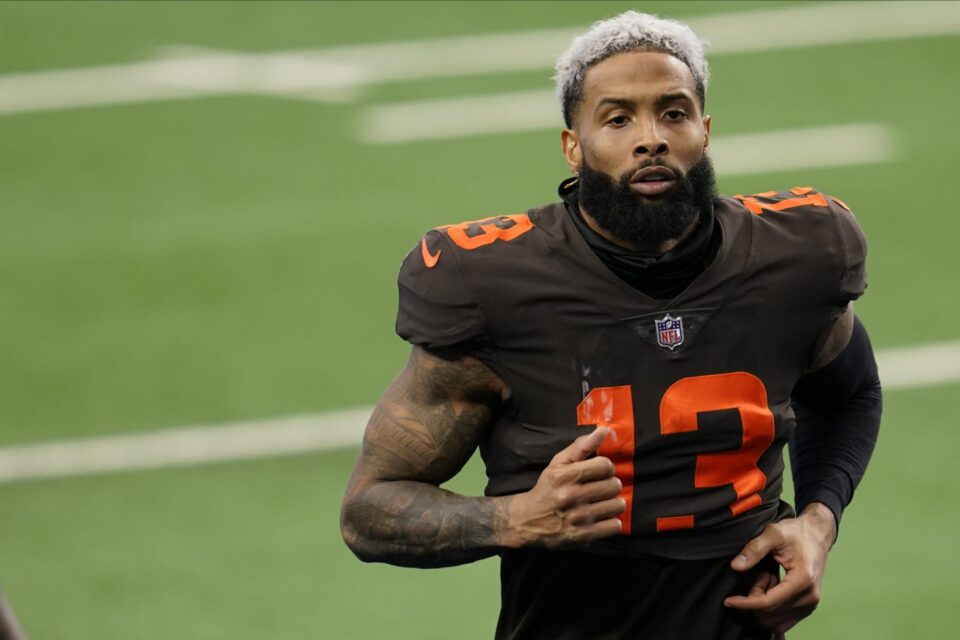 NFL star free agent Odell Beckham Jr. has been on a tour of meeting with different teams, but he’s not indicated where he’ll end up. It likely won’t be the Cowboys.

NFL free agent Odell Beckham Jr. has been an interesting to follow this season, as he’s sat out while recovering from ACL surgery. He’s back to being (somewhat) healthy and is looking to sign with a team, and there’s a lot of interest in him as he’s a Pro Bowl talent at his best.

However, Beckham is keeping everyone wondering with no direction of where he may end up. He added to the suspense with an extremely cryptic Tweet.

Who knew an emoji could hold so much power?

Beckham most recently met with Dallas to end his week-long tour where he also visited with the Buffalo Bills and New York Giants. The meetings, however, may not have gone as well as he’d hoped for. The Cowboys reportedly didn’t give an offer as there’s concern about his ability to play this season, so there’s truly no telling what his Tweet could mean.

According to Jane Slater of NFL Network, the Cowboys’ meeting with Beckham raised some concerns in his ability to play this season.

I’m told there was no offer to OBJ made per a source informed. Serious concerns about ability to play this season. In the absence of seeing him run routes, seeing him cut…they are forced to evaluate the information they have. Doesn’t seem as optimistic as it was pre visit.

They were reportedly more optimistic before meeting with him. However, the hesitancy makes sense considering he hasn’t done too well since being injured in 2020.

While he had some great moments over the past few years, most notably winning the Super Bowl with the Los Angeles Rams, he still struggled with health issues. He also hasn’t played a full season since 2019.

The Cowboys have undergone a lot of development to become a solid team this season. They sit behind the Philadelphia Eagles in the NFC East with a 9-3 record, and they’re one of the best teams in the NFC. A healthy Beckham Jr. could definitely make the team stronger, but it’s a risk if that’s not the case.

They don’t seem to be writing him off entirely, but they are being cautious in pursuing him, which is smart.