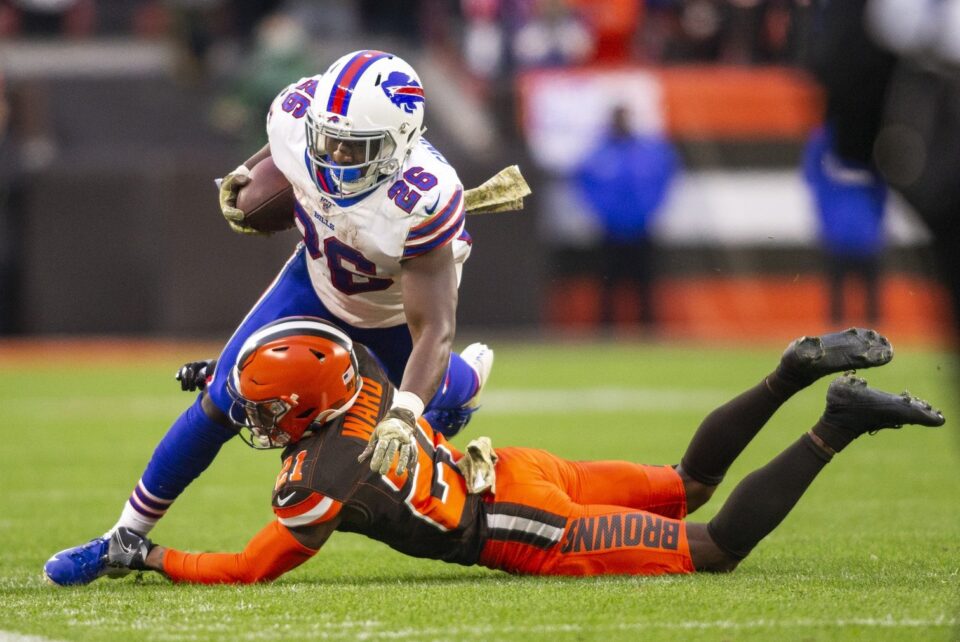 If you’re making Buffalo Bills vs. Cleveland Browns DFS picks for Sunday in Week 11, you’ve come to the right place. We’ve analyzed each team’s highest-probability game scripts to assess the most likely outcomes, including which players are in line to thrive more than anticipated or fall short of expectations.

When these teams last faced off in November 2019, Josh Allen was sitting on 32 TDs through his first 19 NFL games (a solid 1.7 per outing). That contest three years ago — which Buffalo lost when they surrendered the go-ahead TD with less than two minutes remaining — arguably marked Allen’s shift from a starting QB to a true franchise QB.

In his 50 regular-season starts since (and including) that Browns game, he’s scored an astonishing 126 times (an incredible 2.5 per game).

MORE: Early NFL Week 11 Predictions and Picks Against the Spread

Battling an elbow injury and in the midst of an unexpected two-game losing streak, Allen will try to guide the Bills in what might be a must-win game if they want to be at least co-favorites to win the AFC East.

Earlier this week, it appeared that snow and heavier-than-normal winds would drive down offensive production. But as they gear up for a neutral-turf contest in Detroit, harsh weather is no longer a factor. The biggest question might be how much Allen throws, especially if his defense shuts down Cleveland.

That game three years ago against the Bills featured Baker Mayfield, Nick Chubb, Kareem Hunt, and Jarvis Landry. The year before, Cleveland traded for Jarvis Landry, their new No. 1 WR. Then they drafted Mayfield and Chubb before acquiring Hunt in 2019. It was a young, talented nucleus that would restore glory to a down-and-out franchise.

Three years later, this 3-6 club is enduring another transition, awaiting the return of Deshaun Watson in what appears to be a lost season. Chubb has dominated. Hunt has faded. And through it all, journeyman Jacoby Brissett tries to feed a top-heavy receiving corps that’s been even top-heavier with David Njoku sidelined.

What happens if Buffalo’s superior offense and defense produce a sizable halftime lead? We’ve seen the Browns phase out Chubb out of necessity, such as last month in a 38-15 loss to the Patriots, when Chubb earned only 12 touches as Brissett threw 45 passes (the third most of his career).

This is the risk we run (dumb pun intended) paying big DFS money for Chubb. Battling the often fierce Buffalo D, that might be their only responsible option for three-plus quarters. Of course, if he doesn’t get at least 80 yards and a score, he won’t be worth the steep price.

The last time Allen had fewer than 19.6 DFS points was Week 13 last season against the Patriots (in that famous blizzardy/windy slugfest). There might not be a safer DFS play in 2022; he’s a great bet for 20+ points — which could top every other player.

Self-explanatory. One of the best receivers in the game in a plus matchup.

Still in the hit-or-miss phase of his career, Gabe Davis is competitively priced, $600 less than Devin Singletary. While Singletary is safer, we don’t want “safe” in this lineup.

Donovan Peoples-Jones brings a solid floor and decent ceiling for a middling cost. There are no trustworthy Browns in this game. Peoples-Jones is a reasonable bet.

Despite their struggles for much of this season, we have to include Buffalo’s D in what could be a messy contest. Jacoby Brissett once led the league in sacks taken. He’s been sacked 14 times in his last four games.

It’s not farfetched to think the Bills could rack up 18+ DFS points, even if the Browns’ backfield proves successful.

We have $900 left. Let’s take a leap with rookie Khalil Shakir. Isaiah McKenzie currently is questionable. Even if he plays, the big-play Shakir could get 2-3 targets. And if McKenzie sits, Shakir would be a screaming buy.