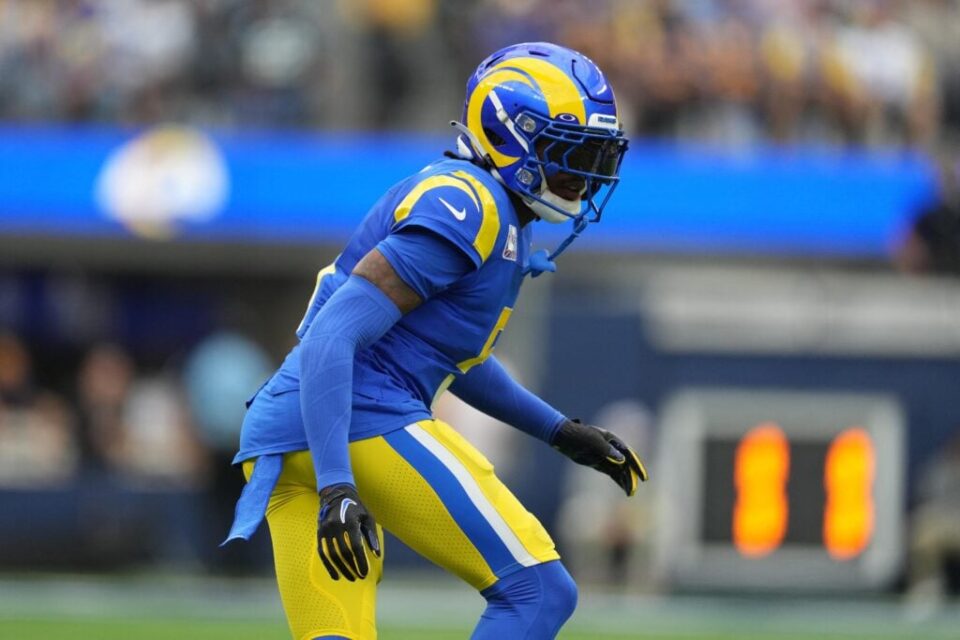 At the cornerback position, not many can top Jalen Ramsey’s contract with the Los Angeles Rams, regardless of the metric you can look at. Heading into the 2023 league year, what is the contract situation for Ramsey, what does his salary cap number look like for next season, does he have any bonuses in his contract, and what is Ramsey’s net worth?

Ramsey’s contract is a five-year deal with a total value of $100 million. The deal had $43.7 million guaranteed at signing and $71.2 million in total guarantees. The 2023 season will see the final guarantees pass with $12.5 million of his salary guaranteed next season.

Ramsey’s cap number for 2023 is $25.2 million, and the Rams’ options, if they want to reduce that number, are limited without offering him an extension. Simply releasing Ramsey would leave the Rams with $32.1 million in dead money. They could designate Ramsey as a post-June 1 release, but that would still leave $20.7 million in dead money this year.

The Rams could trade Ramsey, at which point they would be left with $19.6 million in dead money for this season. There are not many great options for the Rams with Ramsey’s contract. That is largely because of the amount of prorated bonuses still impacting his deal.

It will be interesting to see how the Rams navigate Ramsey and what his future will look light, especially in light of Ramsey’s cryptic social media post.

Does Ramsey Have Any Bonuses in His Contract?

There are no performance-based bonuses that have been reported in Ramsey’s contract. However, bonuses of various kinds are what have complicated matters for the Rams. His $25 million signing bonus has two more years remaining in terms of the salary cap impact. That signing bonus has been prorated at $5 million per year between 2020 and 2024.

Additionally, the Rams also have a restructure bonus to consider. When they restructured Ramsey’s contract in 2021, the Rams paid him a $16 million bonus. That bonus is prorated across his contract at $3.2 million per year from 2021 to 2025. Therefore, there are still three more years of salary cap impact remaining from that bonus.

The final bonuses in Ramsey’s deal are two roster bonuses at $4 million apiece. However, those bonuses are not in consideration until the 2024 and 2025 seasons. Neither of those remaining bonuses is guaranteed.

As it stands, heading into 2023, Ramsey’s net worth is estimated to be at $50 million. To this point in his career, Ramsey has earned $82.141 million. If he were to play out his contract with the Rams, Ramsey’s career earnings after the 2025 season would sit at a massive $135.77 million. In that case, we would expect Ramsey’s net worth to climb into the $75 million region.