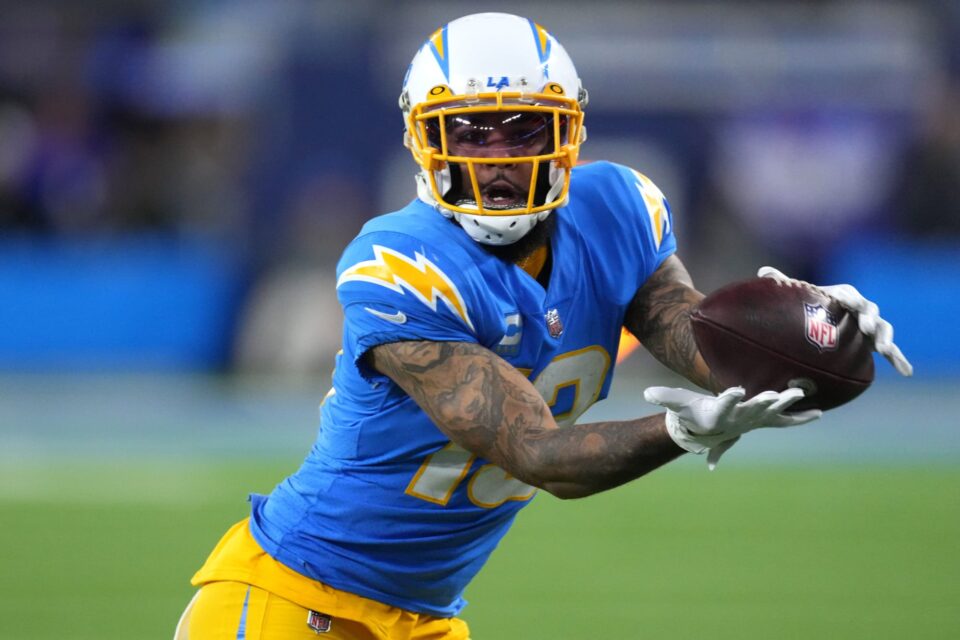 The Los Angeles Chargers and Jacksonville Jaguars, to everyone’s surprise, just might be the most exciting and anticipated game of NFL Super Wild Card Weekend.

Let’s make the game even more exciting by sprinkling on a same game parlay.

Remember, parlays are tough to cash so you may want to only put a few dollars on this. But, with that being said I’m going to do my best to cook us up a winner.

Let’s dive into it.

I think the wrong team is favored in this matchup, so I’ll jump all over the Jaguars to win the game outright and add that in to this parlay.

The Jaguars defense leads the NFL in opponent yards per play over their last three games, and Trevor Lawrence has been arguably the best quarterback in the league in the second half of the season.

The Chargers, by most metrics, don’t matchup well with Jacksonville, and a Week 3 loss to them is proof of that.

Let’s add him to the parlay to boost the odds a bit.

Travis Etienne has to be licking his lips at the matchup he has this Saturday night. The Chargers sport the worst run defense in the entire NFL, ranking dead last in opponent yards per carry, giving up 5.4 yards per rush.

Etienne, who averaged 5.1 yards per rush on the season, should have a field day in this game.

With Mike Williams unlikely to play due to a Week 18 injury, Keenan Allen is going to get a ton of work. He has recorded at least 70 receiving yards in five of his last six games, and he’s coming off a game against Denver where he hauled in eight of 11 targets for 102 yards and two touchdowns.

If he gets over 70 yards against the Jaguars, this leg of the parlay will cash.

Game odds refresh periodically and are subject to change.